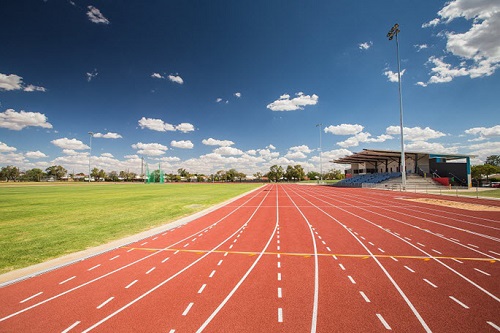 The NSW Government is facing a backlash in a marginal country electorate after Premier Gladys Berejiklian made a conditional promise to build a $25 million stadium and sports centre.

As reported by ABC Central West, Premier Berejiklian travelled to the city of Orange on Wednesday -  the first time she has been to the region since the Shooters, Farmers and Fishers Party (SFFP) took the seat from the Coalition by a mere 56 votes in a November 2016 by-election.

Agreeing the promise is an "election carrot", Premier Berejiklian said the venue would not be built unless Nationals candidate Kate Hazelton was elected.

She stated “well it is, I am not going to be shy about that because I really want Orange to come back to the government.

"It is important for us to have a voice in government to make sure that Orange doesn't miss out.

"I am unashamedly calling on the Orange community to forgive us for our mistakes of the past, because we will get things done and make sure Orange gets its fair share."

The SFFP local member Phil Donato watched on as the Premier made the promise, which would include seven sporting fields and a 1500-seat stadium.

Donato told the ABC “essentially they are trying to blackmail the community, but just like Dubbo and Bathurst, Orange is entitled to its fair share  we are all taxpayers.

"The government is there to represent the whole state, not represent certain electorates around the state where they have a representative of the government."

Nationals MLC Rick Colless, who is also the Parliamentary Secretary for Western NSW, said Hazelton - who was only preselected on the weekend - was offered a range of projects to select as her first announcement

Colless said she chose to make the stadium her priority, and added that he does not think it will backfire on the campaign.

Colless explained “I don't think that it is an insult and it is certainly not a bribe, it can be seen more as a carrot than a bribe.

"People have always accused us of pork-barrelling.

"If pork-barrelling is doing things and promoting projects that are going to make the lives of regional NSW better, then that is what it is."

He said while this will be the largest promise for the electorate, those to follow will not necessarily depend on Nationals winning the seat.

Image: The Barden Park Regional Centre of Excellence for Athletics in nearby Dubbo.