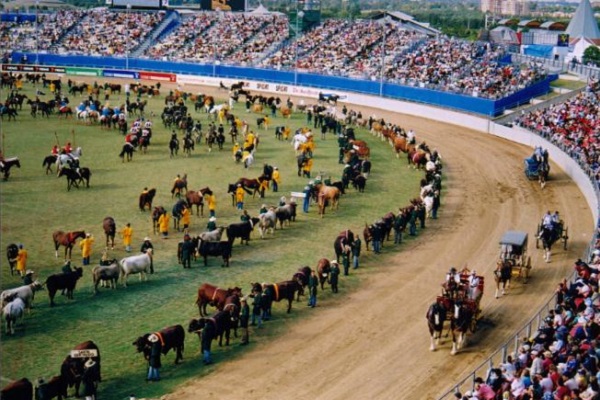 The organisers of Sydney’s Royal Easter Show fear that bushfires and drought will impact upon the event’s 2020 edition in the wake of more than a dozen local agricultural events being called off for the first time since Second World War.

The largest event of its kind in the country, Sydney's Easter Show generates revenue used by the Royal Agricultural Society of NSW (RAS) to invest in programs across rural and regional areas.

However, RAS General Manager Murray Wilton told the ABC that about a dozen regional agricultural shows had been cancelled over recent months and fears that more will follow suit.

Wilton stated “it's absolutely devastating - I think we will see an impact, there is no doubt about it.

"Many of the volunteers at these shows are fighting bushfires or assisting at recovery centres and our judges, stewards and officials are involved in it as well.

"We also had several shows cancel around six months ago too, due to the drought."

In the past week agricultural events set to be held in the NSW towns of Kiama, Berry, Bemboka, Cobargo, Lithgow, Parkes, Albion Park, Bowral, Pambula and Candelo have been called off.

Kiama Show Society President, Neil McLaren advised "I think the big thing is that people are suffering and there's so much stress and anxiety out there that we had to take that decision.

"We've had judges unable to attend, horses need to be worked up to the point that they're able to compete, and that hasn't happened.

"People are more concerned that if the fire comes over the hill, do they have to load up their horses and get out of there? That's the sort of reality of what's out there."

Apart from the smoke, the greater Wollongong area has not been affected by fires, but Albion Park Show President Sean Macfarlane said its grounds were still being used as an evacuation centre for large animals and locals were feeling anxious.

Macfarlane told the ABC “it's just that everything's impacting upon us, the fires and the dry weather as well.

"A lot of our committee live on properties as well, and everybody is very uptight about the fires - there's a lot of bush in the Illawarra that hasn't been burnt for many years."

Every year 190 shows are held across NSW that allow for competitors in certain events to earn points and qualify to compete at the Royal Easter Show in March.

Advising that the Society would need to determine how the cancellations and participant withdrawals will affect competitors in need of performance points, Wilton added “a lot of people who entered would not have known what was around the corner with regards to these fires.

"People who compete in the horse competitions would have qualified for this show, but if they're not able to compete at more than a dozen or up to maybe 20 local shows that have cancelled, they won't be able to get those performance points.

"So we need to take that into consideration."

The Royal Agricultural Society will meet with NSW Agriculture Minister Adam Marshall on Monday to discuss the scale of the impact.

Wilton concluded “as far as the Easter Show is concerned, we are convening to look at the best way we can support people who have been affected by the fires and the drought.

"It's a dreadful time (but) people in regional NSW are very resilient, especially with fires and drought.