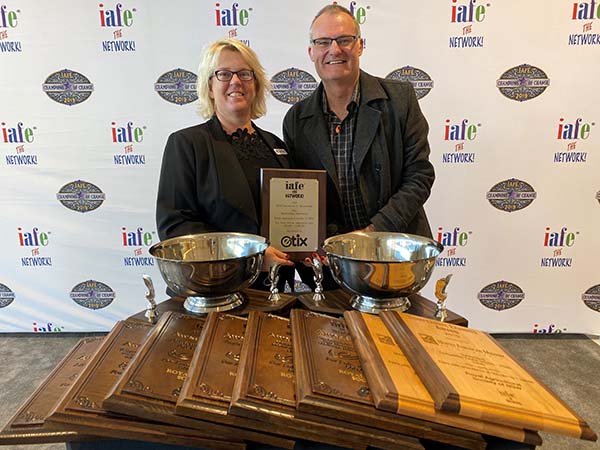 The Sydney Royal Easter Show, run by the RAS, has been recognised for its contribution to education and innovation in agriculture, with its crochet poppy project, Charlie and the Chocolate Factory sponsorship and new attraction, the Butchers Challenge, claiming major awards.

The IAFE represents and facilitates the interest and needs for agricultural fairs and exhibitions, with its awards ensuring the continued improvement of events across the world.

General Manager, Agricultural and the Sydney Royal Easter Show, Murray Wilton advised that it’s a great honour to be recognised on an international stage noting “it is a fantastic achievement for not only our team but for agricultural shows across Australia.

“Australians have a deep respect for agriculture, we see it every year when people travel across the state to celebrate the country coming to the city for 12 days; to have that contribution recognised internationally is wonderful.

“I congratulate all of our staff who work tirelessly to deliver such an innovative and impactful event. I tip my hat to farmers and my team at the Sydney Royal Easter Show.”

Image: Brock Gilmour, Chief Executive of RAS with Lynelle Smith (Head of Entertainment) at the IAFE Awards in the USA.