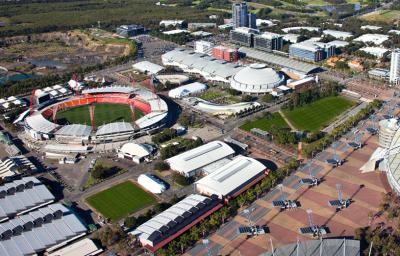 The RAS - a not-for-profit corporation focused on supporting sustainable Australian agriculture, engaging with the community through education, events and world class venues - stages over 100 annual events at its various stadia, halls, pavilions and other indoor facilities across the precinct.

These include include GIANTS Stadium, home ground to the GWS Giants AFL team, and the Sydney Thunder Big Bash League cricket team.

Announcing Quayclean’s contract win, Sydney Showground Chief Operating Officer, Darryl Jeffrey stated “Quayclean was selected from a quality group of tenderers. Their extensive experience within major public venues, leadership and reference points within the industry were first class and on this basis were awarded the tender to work in partnership with the Sydney Showground.” 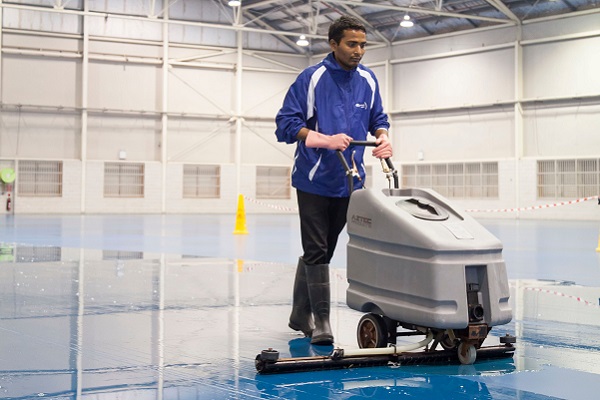 Piwkowski advised “Quayclean thrives on delivering cleaning and presentation services for major events and the Sydney Showground has a calendar of annual attractions which excites and motivates our staff.

“We will be using and further developing systems, technologies and resources that optimise and deploy labour and equipment in the most efficient manner.”

The contract will attract local employment for over 250 casual and permanent staff at its peak.

Quayclean also manages cleaning and presentation services for the Sydney Opera House, Australia’s number one tourist destination, which welcomes more than 8.2 million visitors a year and hosts 1,800 performances per year.

Images: The Sydney Showground from the air (top) and a Quayclean staff member at work (below).