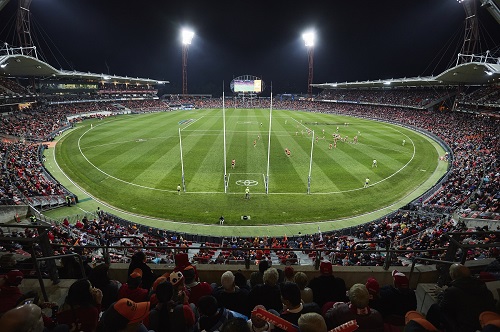 Sydney Showground has announced an enhancement of its visitor and fan experience with the introduction of an integrated Wi-Fi system.

Following a successful trial, the Wi-Fi upgrade will be implemented across the venue providing free access to all fans ahead of the ICC T20 World Cup 2020.

The initiative has been supported by the NSW Government as part of improving spectator experience for the ICC T20 World Cup 2020’ tournament, where Sydney Showground Stadium will host the Women’s World Cup Opening ceremony and four Group Stage matches.

In a bid to provide fans with the best experiences over the summer, the initiative has been fast-tracked and will aim to benefit all event visitors across all codes in the coming months.

Sydney Showground General Manager, Peter Thorpe says access to free Wi-Fi is a step in the right direction for the Stadium,

Thorpe explained “this installation is the first step in a greater technological upgrade planned for Sydney Showground Stadium.

“We pride ourselves on offering big experiences and in order to do so must continue to grow and adapt.”

NSW Minister for Sport, Stuart Ayres says fans are looking for an integrated experience, adding "technology is now such an important part of the sports experience. Our T20 World Cup bid had technology upgrades as a key component and that is a great win for sports fans.

Fans will be able to connect with the upgraded Wi-Fi in the coming months.