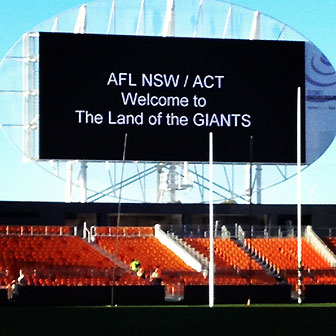 Over the past 18 months, the Sydney Olympic Park venue has been transformed into the GWS Giants' new home.

The $65 million facility upgrade has resulted in a boutique 25,000-seat stadium, boasting the largest stadium screen experience in the Southern Hemisphere.

GWS Giants play their first home game at the Skoda Stadium on Saturday 26th May when they take on the Essendon Bombers.