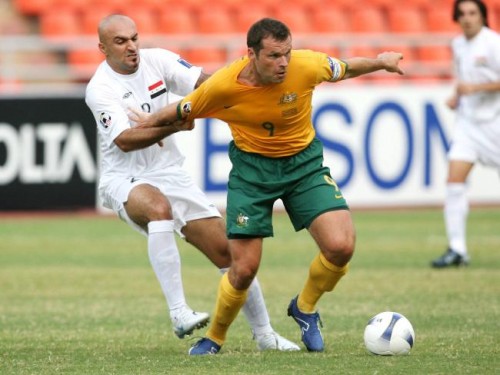 Former Socceroos stars Mark Viduka, Josip Skoko, Mark Bosnich and Frank Farina have been named as members of a Football Federation Australia (FFA) panel that will advise on the development of football in Australia.

With youth development in Australian football being seen as having stagnated over the past two decades, and former Socceroos Viduka and Bosnich being among critics of the FFA's approach to development, the panel, known as the 'Starting XI', will work in an advisory capacity alongside the FFA's Football Development Committee (FDC), which currently includes Mark Bresciano and Amy Duggan among its membership,

Introducing what he sees as being an initiative that will make a positive contribution to the development of Australian football, FFA Chief Executive, James Johnson explains "since joining FFA I have made it clear that we will be a football-first organisation that seeks to harness the collective knowledge and experience that our most successful contributors – be they current or former players, coaches, or officials – have to offer.

"We have had to act quickly to stabilise the organisation during this difficult period," Johnson said.

"In the background however, we have been moving several pieces to ensure that we continue to do the work which will be vital to launching the future of football in Australia.

"The Starting XI will provide a great platform for eleven of our best football brains to share their insights and ideas with FFA on key matters from grassroots to international football, national teams, player pathways, and the overall well-being of the game.

"Having people of the calibre of the Starting XI directly communicating with FFA on a regular basis will be invaluable for the organisation and help to achieve a shared vision for the game.

"We would like to thank the inaugural members of the Starting XI for agreeing to share their vast lived experiences with us, and believe the diverse range of people with world-class football acumen on the Panel will enable us to access a wide range of local and global views to help us drive football forward."

FFA Management and Coaches that will also liaise with the Starting XI, via the FDC are Johnson, Graham Arnold, Ante Milicic, Sarah Walsh, Robbie Middleby, Rae Dower and Mel Andreatta.

Josip Skoko
Josip Skoko is a former Socceroos captain (#48) who made 51 appearances for the National Team between 1997 and 2007, scoring nine goals. Skoko played professionally in Australia, Croatia, Belgium, Turkey, and England through his extensive career.

Ron Smith
Ron Smith is an Australian football coach and technical analyst with a wealth of local and global experience. Smith has worked for the Socceroos, coached Perth Glory in the Hyundai A-League, and was the Head Coach at the Australian Institute of Sport for almost a decade.

Mark Bosnich
Mark Bosnich is a former Socceroos goalkeeper who made 17 appearances for the National Team between 1990 and 2000. Bosnich played in the English Premier League for Manchester United, Chelsea and Aston Villa.

Paul Okon
Paul Okon is a former Socceroos captain (#38) who made 28 appearances for the National Team between 1990 and 2003. Okon played in nations including Belgium, Italy, and England throughout his career, representing clubs such as Club Brugge, Lazio, Fiorentina, and Leeds United.

Frank Farina
Frank Farina is a former Socceroos captain (#36) and Head Coach. Farina scored ten goals in 37 games for the National Team between 1984 and 1995. He coached Australia between 1999 and 2005, earning 34 wins from 58 games. His playing career took him to Belgium, Italy, England, and France.

Heather Garriock
Heather Garriock is the third-most capped Westfield Matilda of all time, having represented the National Team 130 times between 1999 and 2011. Garriock scored 20 times for Australia throughout that period, and was most recently Head Coach of Canberra United in the Westfield W-League.

Vicki Linton
Vicki Linton is a former NSW representative player who has become a well-respected coach. She has spent the past three years with the U.S. Soccer Federation’s Development Academy and has been a Westfield Matildas Assistant Coach, Head Coach of the Westfield Junior Matildas and Melbourne Victory in the Westfield W-League. Linton has a Master of Education (Coach Education).

Joey Peters
Joanne Peters is the fifth-most capped Westfield Matilda of all time, having represented the national Team 110 times between 1996 and 2009, scoring 28 goals. Peters played in Australia, USA, Brazil, and Sweden throughout her career. She is currently involved in grassroots sport.

Connie Selby
Connie Selby (nee Byrnes) is a pioneer of women’s football representing Australia in a 14 year playing career. She was selected in the All Star team at the 1978 Women’s World Tournament in Taiwan. After retiring, Selby served as an Assistant Coach for the National Team, as well as becoming a FIFA Instructor and receiving appointments on FIFA Technical Study Groups.

Image: Mark Viduka when playing for the Socceroos. Courtesy of the FFA.