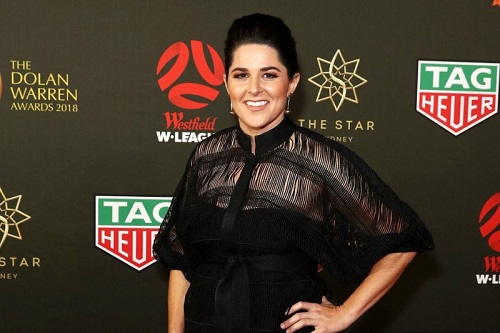 Football Federation Australia (FFA) has announced that it has promoted former Matildas and W-League star Sarah Walsh to the position of General Manager - Participation within its Football Development Department.

Walsh’s expanded responsibility from women’s football to take in all forms of participation comes as FFA seeks to increase efforts to support and service grassroots football, as well as continue to drive growth in female football participation across the nation.

Advising of Walsh’s appointment, FFA Chief Execuitve David Gallop stated “tThis is another example of how FFA and football is focused on improving the experience of grassroots participants in Australia’s most popular sport.

“In addition to women’s football, Sarah now assumes responsibility for ALDI MiniRoos, multicultural and school’s football, as well as working with Hyundai A-League and Westfield W-League Clubs in their community engagement activities. I would like to congratulate Sarah on her well-earned promotion.”

FFA’s Head of Community, Football Development, and Women’s Football Emma Highwood said Walsh’s transition is part of a larger restructure of the department, which will help FFA to focus on some key priorities and objectives.

Highwood added “the new structure will focus our people on Participation and Women, Grassroots and Inclusion, and Diversity including Child Safeguarding.

“The new areas of the department will work collaboratively to ensure that FFA addresses its key objectives and priorities, which include growing the overall number of female participants, increasing the involvement of women at all levels and areas of the game, and ensuring that football is a safe sport for kids.

“Women’s and girl’s football is the fastest growing area of our sport, and a strategic priority at the grassroots. Sarah’s expertise in this area combined with the new structure will ensure football is well placed to seize this opportunity, particularly as the Westfield Matildas begin their build-up to the FIFA Women’s World Cup in France next year.”

Looking forward to her new role, Walsh stated “I am excited to take on this new opportunity. As a former player I feel privileged to be in a position to now support the grassroots of the game, and I am looking forward to working with our stakeholders to ensure every boy and girl has a great experience in the game they love.”