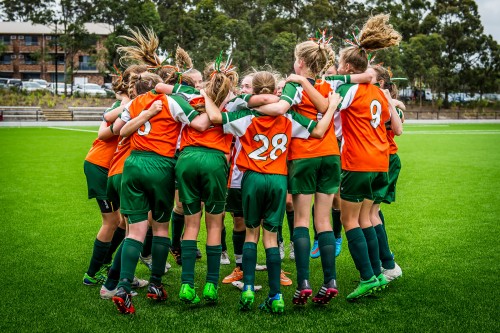 While Football Federation Australia (FFA) remains embroiled in its ongoing dispute with fans of A-League clubs, a national audit has shows that participation in organised football jumped 20% in 2015.

The FFA audit shows that the total number of participants in community clubs, school, indoor, social and introductory programs soared to 1,188,911.

Within these numbers, the number of registered female players in outdoor club competitions has passed 100,000 for the first time while community football clubs saw an increase of 7% in the past year to reach 499,361 players in 2,155 clubs across all States and Territories.

In addition, the AIA Vitality MiniRoos introductory program for boys and girls four to 11 years has jumped 10% to 214,414.

The audited formal numbers of 1,188,911 together with informal participation levels put the total size of participation at almost two million people, giving football the largest participation base of any Australian team sport.

Praising football organisations and Hyundai A-League clubs for their work in harnessing the booming interest in football, FFA Chief Executive David Gallop stated "the heroes of this story are the thousands of volunteers in clubs across Australia, the suburban associations and zones.

“Guiding their efforts are the management teams in the state and territory member federations and A-league clubs. This huge increase would not be possible without a co-ordinated and integrated effort.

"Through their commitment to the cause the volunteers and managers enable so many Australians of all ages to play the beautiful game.

"By the same measure operators of indoor centres and increasingly school teachers play a huge role in getting the game played.

"I thank each and every volunteer and staff member who has contributed to this success."

Gallop indicated that in the year ahead the FFA will priorities finding more space to play and improving facilities in community football.

He added "the boom in football is putting enormous pressure on the available grounds, school pitches and indoor centres.

"The installation of floodlights, artificial pitches and better amenities is a constant challenge for our stakeholders.

"We will be using the evidence of our growth to show all levels of government that an investment in football should be a top priority in building a social infrastructure in Australia."

In NSW, the State with the highest participation, total participation numbers surged this year as Football NSW hit 324,601 participants to well and truly surpass 2014 numbers.

An 8% year on year growth in registered outdoor football players (226,056) was the clear highlight in the 2015 figures released by Football NSW, with total player registration numbers reaching 293,736.

The biggest percentage growth (19%) was seen in Summer Football, a small-sided social version of the beautiful game, where almost 24,000 players continued their football experience throughout the summer months. 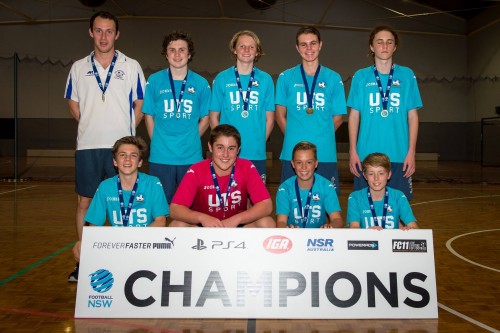 Futsal participation rose by a similar amount, with 10,041 players pulling on their indoor shoes for the five-a-side version of football, representing a 15% increase.

Registrations in NSW peaked to their highest-ever levels as the theme of playing football in a safe and affordable environment combined with the success’ of the Socceroos, Matildas, Hyundai A-League, W-League and National Youth Leagues to play a pivotal role in the growth of player numbers.

Four associations – Blacktown, Canterbury, Macarthur and Eastern Suburbs – all grew by 10% in 2015 while Sutherland Association broke through the 18,000 player mark for the first time.

Referee numbers grew to 5,390 thanks in part to the many successful courses implemented throughout the season.

13,973 coaches registered for 2015, taking advantage of quality courses and coaching resources made available to them by Football NSW and Associations.

School numbers took a massive leap as 33,656 students participated in the sport compared with 25,000 in 2014. These numbers represent only the programs delivered by Football NSW and do not include school competitions.

Images: Female players registrations in outdoor club competitions in 2015 passed 100,000 for the first time (top) and Futsal participation rose significantly in NSW (below).