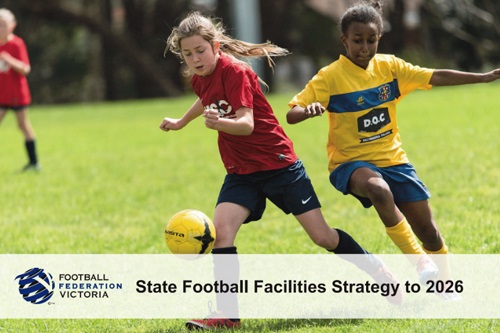 With the aim to plan for the provision of facilities for ever-increasing registrations to play ‘the world game’ among men, women, boys and girls, Football Federation Victoria (FFV) has today launched its State Football Facilities strategy to 2026.

Facing a shortfall in fields and facilities that currently sees many football clubs in Victoria having to turn away players, the strategy outlines FFV’s plan to work hand-in-hand with local communities and government to upgrade local football facilities across the state and to ensure they can meet the demands of Australia’s fastest growing club-based participation sport.

Speaking at the launch at Melbourne’s AAMI Park, Football Federation Victoria Chief Executive, Peter Filopoulos advised that while grassroots demand for football is strong, local clubs are struggling to keep up.

Filopoulos stated “it’s well known football is the number one participation sport in the country. But sadly, every day we hear another story of how our clubs across the state don’t have the facilities to keep up with this growth and end up knocking back people who want to play.

“The Launch of our Facilities Plan is about developing a pathway forward for these local football communities so that we can ensure everybody - no matter age, background, gender or ability, can be involved in the game they love.”

Whereas sports such as Australian football, cricket, rugby league and rugby union are constantly advertising for new registrations, many football clubs are reluctant to follow suit because of the lack of grounds, with facilities struggling to keep up with population growth, especially in the inner city.

One report suggested that this year football clubs across Victoria turned away 12,000 players due to lack of facilities.

However, Filopoulos hopes that by working hand-in-hand with local communities and government the demands of sport can be met 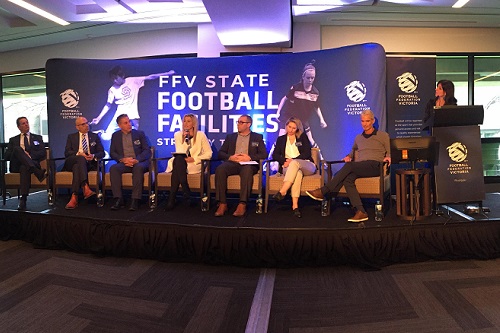 He adds “the strong growth of our game has led to saturation point in regards to facilities. That growth is particularly strong in the girls’ and women’s game and we are at a crucial juncture if we are to capitalise on the opportunities ahead.

“Based on the population growth and participation increases that we expect by 2026, we will need up to 420 full-size equivalent pitches, upgrades to existing pitches such as making them synthetic, floodlighting so we can increase game capacity as well as gender equity change rooms.

“We want to bring lighting to 96 pitches, provide 31 synthetic pitches, identify 145 new pitches, 80 in schools, provide drainage and 58 pavilions. We also want to build a state football centre where we can house up to 100 administrative staff.”

In aiming to achieve this, Filopoulos and FFV are likely to have to battle AFL, with the code sometimes known as ‘vickykicky’ have established links with politicians and media and a successful track record in lobbying for its demands to be met.