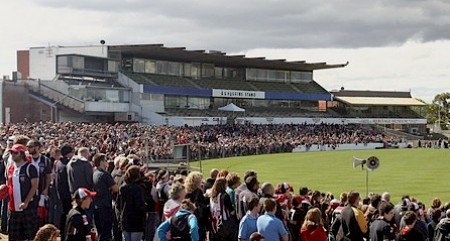 Peak body Vicsport has welcomed the Victorian Government’s $500 million sports funding accouncement that not only benefits AFL with refurbishments to the MCG and Etihad Stadim but will also benefit community sport and recreation.

Vicsport has flagged the most significant parts of the programs as being:

Vicsport also highlight that the Western Region Football League (WRFL), which hosts 33 clubs in their home and away season, will benefit from senior division 1 finals played at Whitten Oval.

In a statement, Vicsport advise “we’re always flying the flag to find ways to improve sporting grounds for community sport and under the new agreement, the Government will also open up a $100 Community Sports Infrastructure Loans Scheme.

“This means local sporting clubs across regional and metro Victoria will be able to apply for lower interest rate loans to upgrade and refurbish facilities.”

“The infrastructure loan has come at the right time as many of the sporting ovals and pitches are at capacity throughout many parts of the state, some in a state of disrepair. This loan will give clubs to improve their facilities, increase participation and grow their sport.

“Ongoing investment in community facilities is essential for the growth of participation in sport. This announcement means that Victorians, as the obsessed sporting state, maintain our reputation as the ‘sporting capital of the world’.”