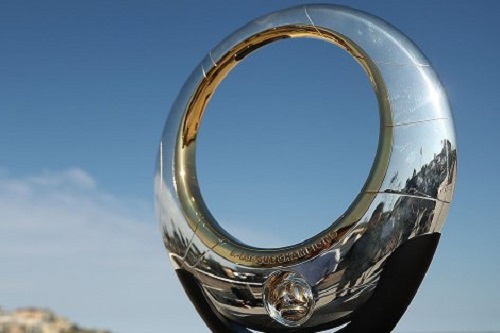 Football Federation Australia (FFA) has today announced that it has postponed the final rounds of the 2019/20 Hyundai A-League season.

Effective immediately, the suspension sees the A-League join the AFL and NRL in halting the season because of the Coronavirus pandemic.

With three of its five scheduled weekend fixtures having been postponed because of travel bans and states closing their borders, Football Federation Australia (FFA) Chief Executive, James Johnson advised that the decision was made due to logistical concerns, not health advice.

Stating that the decision to immediately postpone the rest of the season with six rounds to go was "very difficult and tough", Johnson advised “to get so close to completing the competition, only to pull up a few weeks short, has been heartbreaking for the players, clubs and fans.

“That said, the health and safety of our fans, players, volunteers and staff has always been the overriding consideration for us. That is fundamentally what led - with the unanimous support of the State and Territory Member Federations - to the suspension of grassroots football until 14 April 2020. Today’s decision was equally difficult to make but it is borne form the same rationale.

“As the largest club-based participation sport with nearly two million participants, we have a clear and obvious duty to play our part in doing whatever we can to support the efforts to slow down the spread of COVID-19.”

Johnson (pcitured below) advised that said the decision was made in consultation with the national working committee, including the players' union, Professional Footballers Australia. 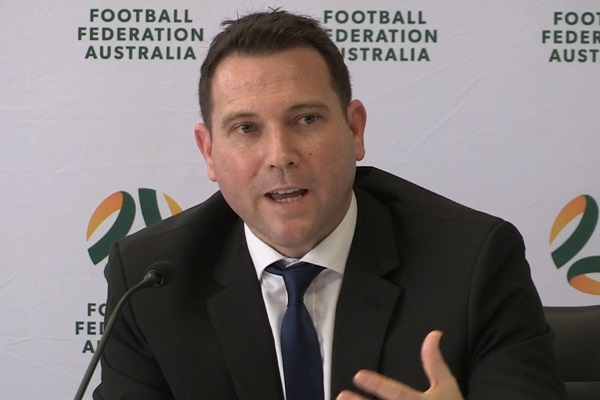 The FFA will reassess the decision on 22nd April, with Johnson cautiously confident the league will be able to reach its conclusion, advising "we are optimistic. It is a postponement.

"We want to ensure that the players' mind frames are that the league will resume as soon as possible.

"But the truth is, we don't know how this virus is going to move.”

The A-League moved to playing matches behind closed doors a little over a week ago, with New Zealand-based club Wellington Phoenix relocating to Sydney in a bid to avoid travel restrictions.

Clubs and officials had hoped to play a condensed season, resulting in a series of fixture changes as the League attempted to fit the remaining six rounds of football into a three to four-week window.

However, that move was halted by the necessity for Wellington Phoenix and Melbourne Victory players to observe 14-day self-isolation protocols after playing in Wellington on Sunday 15th March.

Commenting on the logistical issues, Johnson went on to say “as a national competition … mission complicated became mission impossible.”

Advising that the FFA would have to make some "financial adjustments" in the wake of the shutdown, Johnson added “we have to ensure that the organisation gets through this financially.

"This is going to mean we are going to have to make some tough decisions."

The W-League concluded its season with a behind-closed-doors grand final on Saturday, with Melbourne City beating Sydney FC 1-0 to claim its fourth championship in five years.