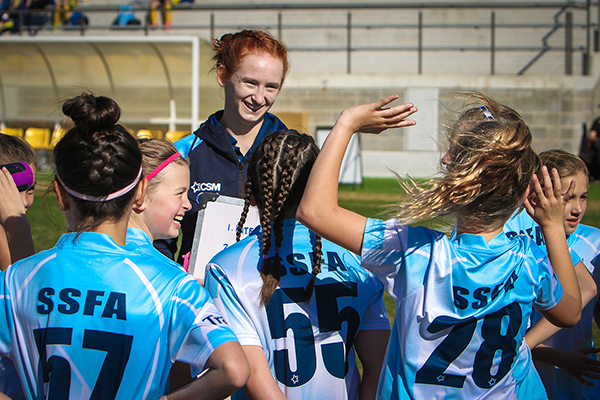 In the national football census released today by Football Federation Australia (FFA), the number of females playing football in Australia rose by 11% reaching a record level of more than 1.95 million in 2019.

FFA Chief Executive James Johnson welcomed the results of the census that highlighted significant increases across a number of areas, including social football and among coaches and volunteers.

Johnson noted "the release of the 2019 census data is an important milestone for football in Australia and shows that women and girls continue to join our sport in large numbers, with females now representing some 22% of players.

“There’s been impressive growth in football overall in the past twelve months including a big increase in social football, as our member federations, associations, zones and clubs work hard to offer a wide range of opportunities for participation.

“I’m particularly pleased that this hard work has resulted in large increases in the numbers of both coaches and volunteers, as they add tremendous value to our game, and I’d like to thank everyone involved for their commitment to our sport.

Johnson added “Football is in a unique position in this country, as the largest club-based participation sport, we are also intrinsically connected to every nation on earth through the huge global football family.

“Football provides significant opportunities for international engagement, offers physical and mental health benefits, promotes social cohesion and multicultural inclusion and is a game that can be played by anyone from the under 5s to the over 75s, no matter what your ability.”

FFA Head of Football Development, Sarah Walsh, noted that the increase in female participation came as no surprise, given the work being done by the national and state governing bodies and enthused “I’m delighted that more women and girls than ever are now playing football.

“FFA is committed to increasing diversity and inclusion in football, and we have seen a number of female-football initiatives in the past year that have proved very popular. Northern NSW Football successfully rolled out Kick-on for Women, an introductory program targeted at non-active, less active and time-poor women.

“Football Victoria in partnership with City in the Community, also established a successful, flexible approach to increasing female participants including through its innovative VicHealth Soccer Mums program.

“And Football NSW successfully kicked-off their Girls United program targeted at females of all ages from Culturally and Linguistically Diverse (CaLD) backgrounds.” 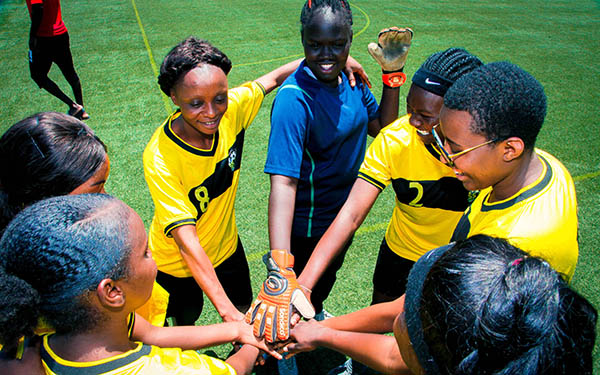 Walsh added “there’s still a long way to go for female football in this country and a lot of growth to be experienced in the coming years. We are aiming for 50:50 gender parity by 2027 and hosting the FIFA Women’s World Cup in 2023 in Australia and New Zealand would fast track our push to reach this target.”

Female football is the focus of activities across Australia this week, with rebel Female Football Week being celebrated by seven Member Federations until Sunday 15th March 2020.

This is a nationwide initiative to celebrate the immense growth of women’s football at all levels of the game and acknowledge and promote the important role women play in developing football.

Football Victoria and Football NSW will host their rebel Female Football Week from 1st to 10th May 2020. The decision on hosting rights to the 2023 FIFA Women’s World Cup will be announced in June.

The FFA 2019 National Participation Report can be found here.