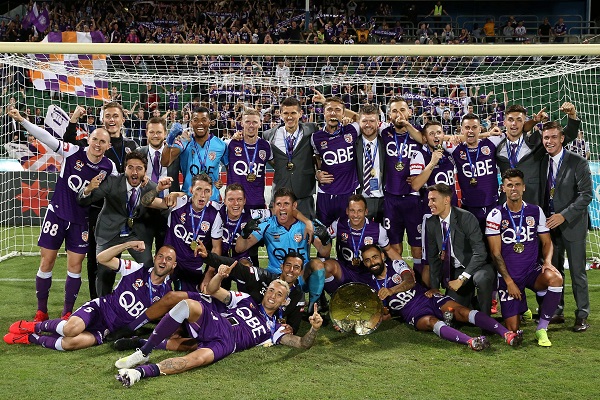 Football Federation Australia (FFA) has today confirmed that the potential sale of a majority shareholding in Perth Glory FC, announced earlier this month, to the London Football Exchange (LFE) will not be pursued by current owner Tony Sage.

Overnight, Sage officially advised the FFA Head of Leagues, Greg O’Rourke, that following a due diligence process the transaction will not be pursued.

It has also been reported LFE and Aylward are currently facing a $US2.2 million lawsuit in the UK for partaking in ‘fraudulent misrepresentations’.

BREAKING: @G_Parker reveals 'The London Football Exchange, was last week sued in the UK High Court of Justice’s commercial division, for US$2.2 million. The person who has brought the lawsuit, is an oil trader from Turkmenistan. His name is Murat Seitnepsov’.

Tony Sage says he will retain full control of @PerthGloryFC.

But last month, even before the deal with LFE was announced, Jim Aylward said: "I'm going to control every element of the football club."

I have questions. After 9am, on @6PR Mornings. pic.twitter.com/KgE0wVviqG

Documents obtained by 6PR’s Gareth Parker reveal that Sage was being promised $30 million by LFE for 80% of the A-League club.

However, according to 6PR-Nine News, Alyward/Biniaz, was imprisoned in the UK in 2010, for a scam against the tax department and has also been convicted of robbery and assault.

Aylward recently posted a video on social media praising Sage for getting involved in the LFE and its plans to create a global network of clubs.

The sale resulted from Sage having reportedly received unsolicited interest from a potential buyer – LFE.

Aylward had also promised announcements will be made shortly regarding similar takeovers of an English Premier League and French Ligue 1 club.

There have been no suggestions of Sage having any involvement in wrongdoing.