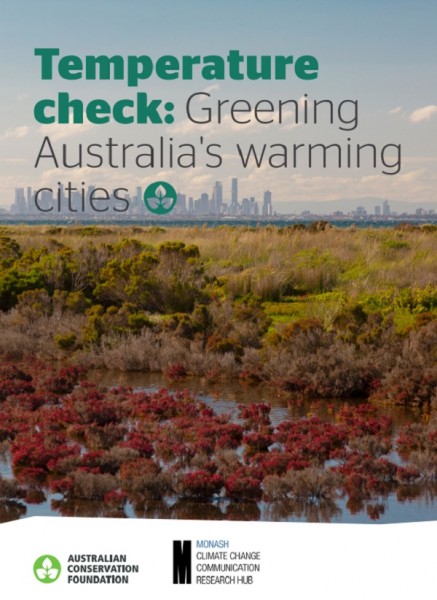 More urban vegetation is urgently needed in Brisbane, Melbourne and Sydney to protect residents against the likelihood of extreme temperatures by 2060, a new report claims.

Commissioned by the Australian Conservation Foundation and prepared by the Monash Climate Change Communication Research Hub, the report says that without more urban greening and concerted climate action, Brisbane and Melbourne will “regularly” experience summer temperatures of over 40°C by 2060.

According to the report, Temperature check: Greening Australia’s warming cities, more green infrastructure, such as planting native trees and shrubs, is needed now to be able to establish itself and mitigate the most extreme future effects.

Vegetation cover decreased in all Australian capital cities between 2013 and 2020, except Hobart, the report found, with more disadvantaged areas likely to have less vegetation than advantaged neighbourhoods.

Other key findings are that:

• National environmental laws continue to allow for the destruction of native trees that could be cooling cities and providing critical habitat for wildlife;
• Cities also need to protect their remaining native plants and trees; and
• All levels of government and community must work together to prioritise policies and collaborative programs that promote green infrastructure, water management and cooling solutions to ensure wellbeing.

The City of Sydney Council released its draft Greening Sydney Strategy this week, under which it will plant 700 new street trees a year with the goal of increasing green cover in the city to 40% by 2050.