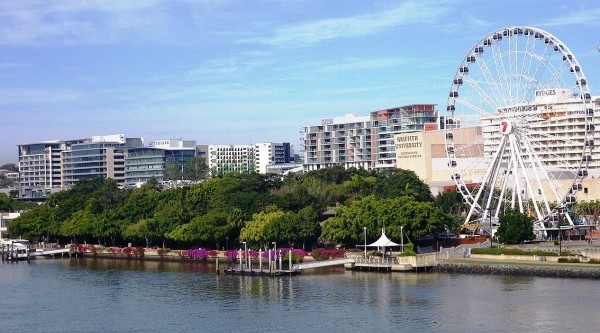 Brisbane’s South Bank Corporation has submitted concept plans for a new area of riverside open space on land formerly occupied by the Riverside Restaurants that were affected by the 2011 floods.

Rather than refurbish the buildings, the Queensland Government has committed to delivering more green space on the prime inner-city land.

An application to expand the parkland has been submitted made on behalf of South Bank Corporation to Brisbane City Council, detailing the staged works for a flood-damaged riverside block that once featured a popular riverside restaurant.

Queensland Minister for State Development, Manufacturing, Infrastructure and Planning Cameron Dick said the expanded green space would feature world-class designs to entice visitors back to a space that was devastated by the 2011 floods.

Minister Dick advised “the Riverside Open Space Project will deliver a high-quality 6,816 metre² riverside green space precinct that will leverage the prime riverfront position opened up by the removal of the Riverside Restaurants.”

Delves advised “South Bank is a special place for the 11 million local, national and international visitors who enjoy our precinct every year.

“The new urban redevelopment project will give back to the community that is so loyal to us. That project will connect our visitors to the heart of South Bank and to the Brisbane River.” 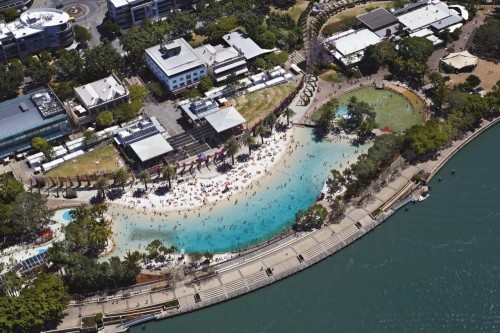 This development is an addition to the recently opened urban redevelopment Flowstate, which features a year-long program of free community performances, workshops, green open space and the interactive digital light and sound installation, ‘Jem’.

Construction is expected to begin mid-year and we would expect it to set a new benchmark in quality parklands for the public within the precinct.

Key elements of the project will be completed as part of stage 1, 2a and 2b and include:

• A new river lawn – adaptable open space that will be 1.5 times the size of the River Quay lawn;
• Straightening the promenade;
• Riverside lounge – a public space on the river’s edge with seating, shade trees and sun lounges;
• The Glenelg Axis – a path connection between the Arbour and the Promenade that will include a water feature and artwork;
• A shade house – a pavilion-style outdoor room with subtropical plants that will have seating and a communal barbecue area but also be adaptable for community events;
• Terraced lawns with shade trees; and
• A rainforest extension.

17th January 2011 - QUEENSLAND: FLOODED ONE DAY, ALMOST PERFECT THE NEXT