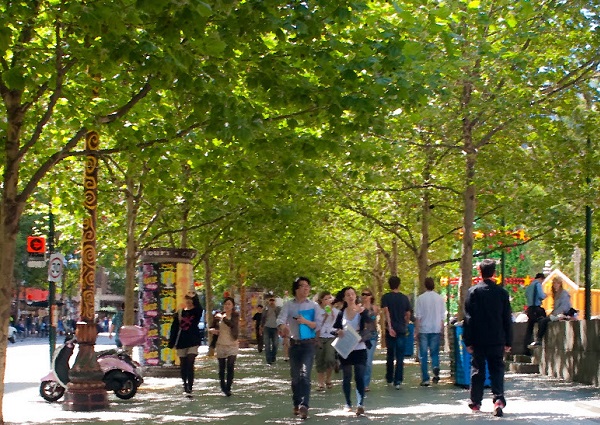 The City of Melbourne is progressively replacing London Plane trees with new tree species planted on public land across the municipality.

Advising that one of the aims of the City of Melbourne’s highly-regarded Urban Forest Strategy is to reduce the dominance of Plane Trees in the central city, acting Lord Mayor Arron Wood stated "Plane Trees are quick to grow in harsh conditions, have a fantastic canopy, and provide significant environmental benefits in terms of shade and cooling,.

“The majority of our Plane Trees were planted in the 1980s and 1990s, replacing poorly performing Ash trees and some Elms and Paperbarks.”

“The Plane Trees in Swanston St form a consistent and relatively healthy avenue, but where Plane Trees in other parts of the city need to be removed we are taking opportunities to replace them with different tree species.”

“We will invest $4.2 million to plant at least 3400 trees this year and care for the more than 80,000 trees we manage in the public realm. We will continue to plant a variety of new Australian and international species that are suited to warmer temperatures."

London Plane Trees shed leaf shoots and hairs (trichomes) during the same period that grass pollen levels are at their highest in Melbourne. While some people may experience physical irritation from the leaf and shoot hairs, the most common cause of hay fever is grass pollen, predominantly from western Victoria.

Councillor Oke added “we’ve planted more than 21,000 trees since 2012, so the change is already underway. Where possible, we’re progressively replacing Plane Trees and heat vulnerable Elm Trees with species that are resilient to the impacts of climate change."