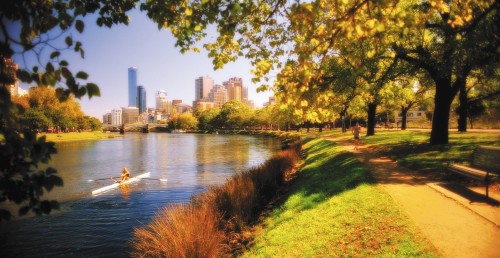 The City of Melbourne’s Urban Forest Strategy has been recognised as the nation’s most impressive green life infrastructure project at the Nursery and Garden Industry Awards.

The strategy was first implemented in 2012 in an attempt to protect the city’s ageing trees following decade-long drought, water restrictions and periods of extreme heat.

Council environment portfolio holder Arron Wood said the $30 million initiative aimed to double the city’s canopy cover from 20% to 40% by 2040.

The strategy also aims to increase forest diversity and use alternative water sources.

Councillor Wood explained “we were staring down the barrel of losing close to half of the City of Melbourne’s trees (which) would fundamentally change the way the city looked and felt.”

He added that in the past four years the Council had planted 12,000 new trees across the city using locations including disused carparks and roads to plant and replace trees.

The Nursery and Garden Industry Australia (NGIA) awards recognise and honour excellence in business and acknowledge industry leaders within the nursery and garden community.

Commenting on the City of Melbourne’s Award, NGIA Chief Executive Robert Prince said the project was recognised for its significant commitment to creating outdoor green life.

Prince stated “it is the most compelling urban landscape project in Australia.”

For more information on the NGIA awards go to www.ngia.com.au

Click here for more information on the City of Melbourne’s Urban Forest Strategy.