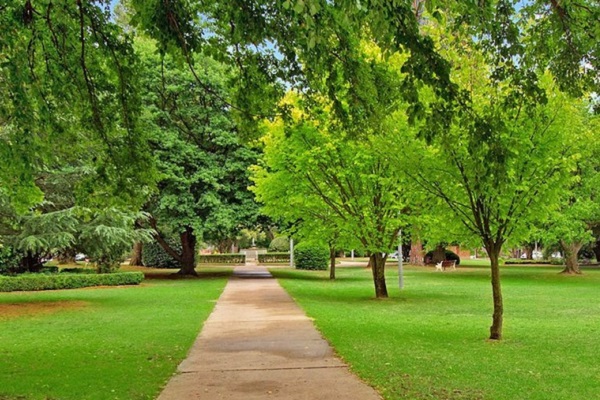 Residents in the NSW regional city of Armidale are donating their own water to save trees in the local heritage-listed park, as the drought continues to deplete the area’s water supply.

The northern NSW city currently has strict Level 5 water restrictions, with the Armidale Regional Council predicting there are less than 400 days of water left in the city's dam.

The Council now has to decide whether to save the city's Central Park, established in 1880, one of the only Victorian-era parks left in NSW.

Usually full of thriving oaks and conifers, the drought has left some of them dying despite being irrigate with bore water. The most at-risk trees are marked with orange ribbons.

Richard Morsley, Armidale Regional Council's Coordinator of Public and Town Spaces told the ABC “we're putting in the equivalent of about 4 millimetres a week and we don't know whether that's enough. We'll see how that goes.”

Advising that the Council has invited the public to donate water to keep the trees alive, Morsley explained “not a day goes past when people don't trot in, sometimes even with a shopping trolley load full of bought water, and just leave them soaking on the mulch.”

Armidale Regional Council recently began searching for bore water sources in the region, something it has never had to do before.

However, finding groundwater is likely to only help in the short term.

Scot MacDonald, the Council's General Manager of Businesses, commented “(this water will only last) a couple of weeks, but that's all. It's only a supplement.

"This is regarded as one of the safest areas in the state. It's a brilliant agricultural area for its lambs, its wool, its beef. This is new territory for us."

When the drought does break, Armidale's Deputy Mayor Lib Martin fears that area's economy will take a long time to bounce back.

She added "I just wish at some point the Government would take it seriously that we really are in crisis because I still believe a lot of them think if it rains it's going to be happy days.”

She is also concerned about climate change modelling which suggests similar drought events are going to become more frequent, concluding "we'll need to be more prepared for what's in front of us, as well as looking at ways to stop it progressively getting worse.”