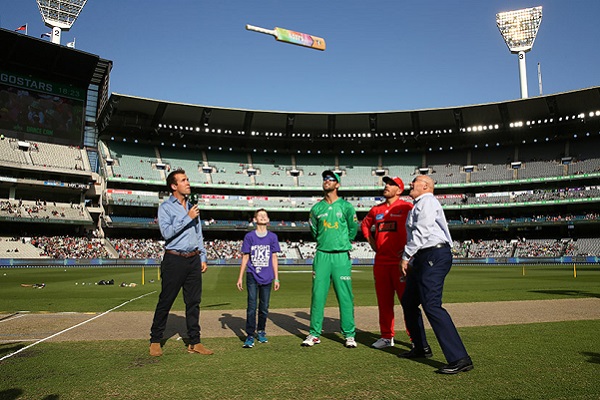 Victorian public health officials have advised that the upcoming Melbourne Stars and Melbourne Renegades Big Bash League matches will be capped at 15,000 fans at the MCG and Marvel Stadium.

Capacity has been limited in the interests of protecting public health and delivering a safe environment for all patrons.

Both venues will deliver COVID-safe and socially-distanced environments with Marvel Stadium set to host its first sport with crowds since the start of the Coronavirus pandemic.

With the Renagades' match against the Brisbane Heat this Thursday moved to Canberra’s Manuka Oval due to current restrictions on travel from Brisbane, Renegades General Manager, David Lever stated "with this week’s match relocated to Canberra, we’ll now be returning to Marvel Stadium for the Derby – our biggest fixture of the season. The squad takes huge energy out of a sea of red colour at Marvel Stadium and we know 15,000 fans make plenty of noise.

"We can’t wait to get back in front of our home fans to run out the season on a really strong note. I’d like to thank Marvel Stadium for their support and preparedness in a constantly changing COVID environment.”

The Stars' next home fixture is at the MCG on 15th January againts the Adelaide Strikers while the Renegades next home game is the derby against the Stars at Marvel Stadium on 20th January.

Stars General Manager, Nick Cummins added "we can’t wait to welcome as many fans as we can have to the MCG this Friday night. It’s really exciting to have BBL back in Melbourne and it has been a long wait. I know how much the players are looking forward to getting back to the ‘G and playing in front of our fans – whether that’s 15,000 or 50,000.

"I’d like to thank the MCC for their support and experience from the Boxing Day Test to help us deliver a safe and successful group of home matches.”

Both clubs will continue to liaise closely with the Big Bash League and the Victorian Government for the fortnight ahead.

Tickets for all matches are on sale now and must be pre-purchased online for both venues. There will be no physical tickets for purchase at either ground.