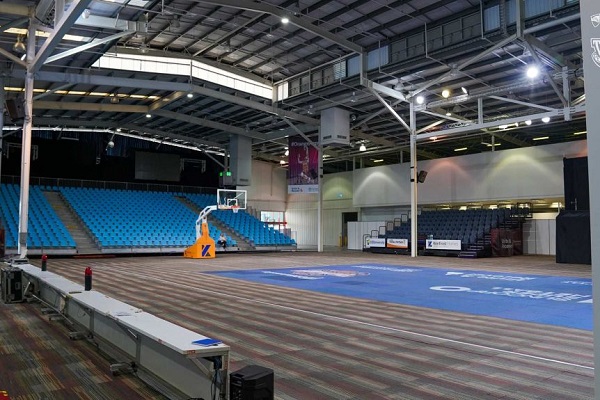 Impacted by ongoing lockdowns and state border closures, the NBL has been forced to again adjust its fixtures for the upcoming season.

Now set to tip-off on Friday 15th January with matches in Cairns and Perth, the season opening game between the Cairns Taipans and Perth Wildcats will be held inside a converted former Bunnings Warehouse site due to the Cairns Convention Centre currently undergoing renovations.

The Cairns Pop-Up Arena will have 2,000 seats, temporary change facilities, air conditioning, large fans and catering and has also been fitted out to allow for broadcast lighting, video scoreboards and a PA system to ensure it meets FIBA broadcast standards.

The opening game will be followed by Perth Wildcats v Melbourne United at Perth’s RAC Arena later that night.

Currently more than half of the League's teams are living and training away from their home base.

The New Zealand Breakers and South East Melbourne Phoenix are in Hobart, the Sydney Kings and Hawks are in the NSW town of Albury and Melbourne United are in Cairns.

Speaking to the ABC about how the NBL is adapting, Illawarra Hawks owner Dorry Kordahi advised “it's a revolving door at the moment, but it's exciting we've got a start date and some clarity around the start of the season.

"We've been in Albury the last couple of weeks and that was a good move getting us out of Wollongong.

"Now we're playing Cairns, we'll depart this Sunday in preparation for our two opening games against them."

The NBL's focus during the pre-season has been shifting teams away from Coronavirus hotspots, meaning teams like the Hawks are likely to play a significant consecutive period of time on the road, followed by a potential run of home games at the end of the season.

Kordahi added “we're still aiming for 14 home games and the league is doing everything it can to deliver that to the teams.

"I hope after the NBL cup (due to start on 20th February) come late March, our borders should be open, we'll have some normality and we'll be able to deliver a lot of home games.

Aiming for the season to be completed by June, NBL Commissioner Jeremy Loeliger noted “we will wait and see how things progress around the country over the coming weeks before we finalise the schedule for the following three rounds leading into the NBL Cup in the Melbourne NBL Hub.

"We are also very hopeful of the New Zealand Breakers being able to play some home games in front of their fans in New Zealand later in the season."