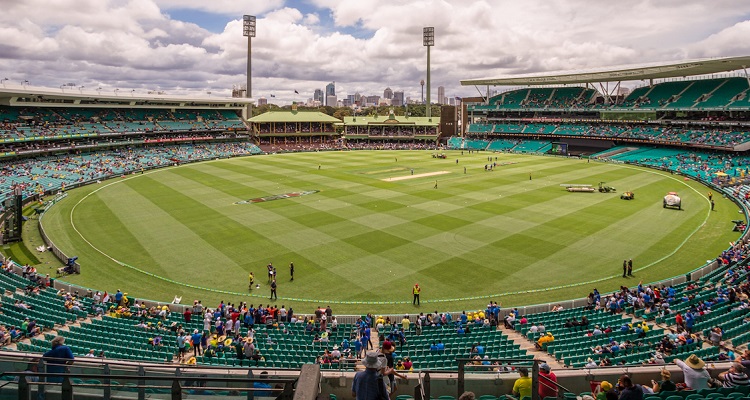 Struggling to contain clusters of Coronavirus around Sydney, the NSW Government has announced that the cricket Test between Australia and India will go ahead at the Sydney Cricket Ground form Thursday, but with crowds reduced to 25% of the ground's capacity - about 9,500 people per day.

While the NSW Government’s determination to allow fans to attend the third Test has been criticised by health experts, Cricket Australia and Venues NSW announced the reduction from the SCG operating at 50% capacity after days of speculation about the Test and the fourth and final match in the series - scheduled for the Gabba in Brisbane - in light of the ongoing COVID-19 outbreak in Sydney.

In a statement released this morning, Cricket Australia Chief Executive, Nick Hockley advised “in response to the public health situation in NSW, we are working closely with Venues NSW and NSW Health to put appropriate biosecurity measures in place for our staff, players, match officials, broadcasters and fans to ensure we play the third Test at the SCG safely

"Reducing the capacity of the venue is crucial in achieving social distancing requirements, and we sincerely thank ticketholders for their patience as we process refunds today, reconfigure the SCG seating plan to deliver these social distancing measures and go back on sale."

While allowing fans into the venue has been criticised by some experts given the COVID-19 situation in the city, Venues NSW Chairman, Tony Shepherd was confident at the venue’s safety record, noting “we've had 150,000 people through the SCG in the last nine months, not a single transmission.

"There's been no transmission at any stadium in Australia over the COVID-19 period (and) that includes the other two stadiums that we manage in Sydney, so the stadiums have proven to be very safe in fact."

Shepherd said venue staff would "encourage" fans to wear masks at the venue.

With the NSW Government keen to show that Sydney remains ‘open for business’ despite there being 188 active cases in the state, UNSW Professor Mary-Louise McLaws, a member of the World Health Organization's expert panel on COVID-19, said the decision to play the Test and allow crowds in Sydney "doesn't make any sense when it comes to outbreak management".

Professor McLaws told the ABC "(188 active cases) is an enormous number. That's a number that we haven't had for months since way back when we were seeded by the Victorian second wave.

"If it's good enough for the health department to call for mass screenings, it's good enough to say we have a problem. And for some reason, that problem seems to stop at the gates of the cricket ground and that doesn't make any sense at all.

"Particularly when you're transporting people there, getting them through the turnstiles, sitting them down, having a wonderful time shouting support for their team, potentially expelling large amounts of virus if there is anyone infected."

Australian Medical Association President Dr Omar Khorshid urged fans to watch the match on TV, advising "the safe thing to do is actually to say 'look, we are in a health emergency here, it's time to make decisions on the basis of health rather than the economy and sport and all these things that we want to get back to normal'.

"It's just the wrong decision and we're certainly calling on the NSW Government to re-look at this question."

After outbreaks in NSW threatened to force the third Test away from the SCG, Cricket Australia’s Hockley, in announcing the game would not be moved, said the NSW Government's "exceptional support" in the early stages of the tour "must not be forgotten".

Cricket Australia last week stated that Sydney and Brisbane would have "appropriate biosecurity measures" to ensure the series is completed as safely as possible and thanked Indian cricket's governing body "for their continued support of the original schedule".