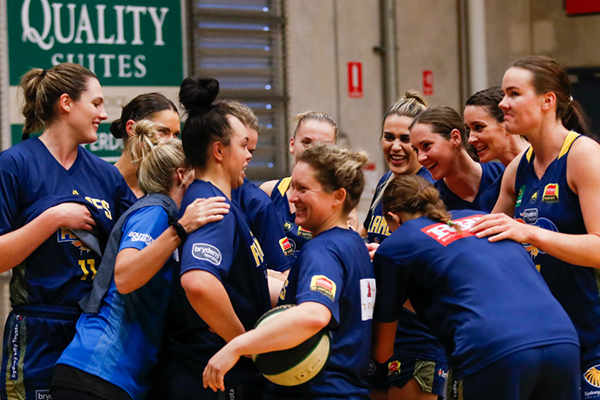 The Brydens Sydney Uni Flames club, which has been owned and managed for the past 17 years by Sydney Uni Sport & Fitness (SUSF), will now form part of the TSE / Kings family as they move towards continuing the growth of basketball in NSW following a successful NBL20 campaign.

Sydney Kings and TSE Chairman Paul Smith commented that he sees tremendous potential for the WNBL in Sydney and in the current ownership model under Basketball Australia.

Smith advised “TSE feels an enormous obligation to support women’s hoops in NSW and the best way to do that is to establish the Flames as a preeminent professional basketball franchise for women in Australia.

“Creating local heroes, as well as establishing clear pathways for young female athletes to be able to pursue a career at the highest level in Australia can only benefit our sport as a whole here in Sydney and around NSW.”

Smith added “we are coming off the back of a hugely successful season for the Sydney Kings which saw growth across all areas of the business - in membership, crowd attendance, ticket sales - and we’re excited to expand on that.”

Jackson enthused “the Flames have been an iconic and successful WNBL Club during this time, and all stakeholders are forever grateful.

“We are also very excited about TSE’s new ownership coming on board. What Paul Smith and his team have been able to do in Sydney with the Kings has been incredible and we look forward to what his vision and leadership will bring to the Flames and to the overall standard of the WNBL.”

In addition to assuming ownership of the Club, the Sydney Kings and Sydney Uni Sport & Fitness have committed to collaborating closely in the development of a high-performance basketball program that will support professional basketballers, emerging players and students.

The program will offer basketball scholarships, coaching and discounted tickets to University of Sydney students and the local community with the aim of improving the pathways to producing well-rounded athletes who can perform at the highest level of both sport and academics.

SUSF Acting Chief Executive, Ed Smith says he has no doubt the Flames franchise will be in good hands and believes after 17 years of ownership, that it’s the right time to transfer ownership of the Flames adding “Sydney Uni Sport & Fitness is very proud of what we have achieved with the Brydens Sydney Uni Flames over the last 17 years as a significant contributor to women’s sport and basketball in NSW.

“With the Kings’ marketing, ticketing and sponsorship teams’ support, we believe that this option provides the Flames with the best opportunity to grow and compete in the increasingly competitive professional women’s basketball environment.”

The Flames will continue to train and operate out of Sydney University, however, pending the WNBL draw, the hope is that a majority of home games will be played as double-headers with the Kings at Qudos Bank Arena.

The announcement is a pre-season win for Sydney Kings members who will also be able to take advantage of integrated membership opportunities to watch both teams play.