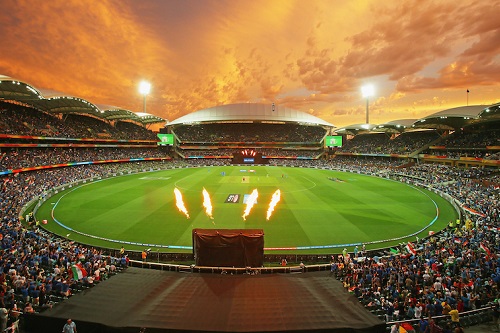 Fans of the Big Bash League have been urged to avoid buying tickets from the secondary market ahead of the 2018/19 season of the cricket competition.

Teams including the Adelaide Strikers and Brisbane Heat have discovered third parties attempting to purchase blocks of tickets with the intent to resell them illegally.

More than 400 tickets for the matchup between the Strikers and Sydney Sixers have been flagged by Cricket Australia as fraudulent purchases, with scalpers identified as breaching the terms and conditions of sale.

The tickets have since been cancelled and will not provide access to the ground.

Cricket Australia advise that any tickets not purchased via official ticketing partner Ticketek, such as controversial re-seller sites including Viagogo, will be voided.

Heat General Manager Andrew McShea advised “these people identify events that have proven popular in the past and trade off on their popularity to offer tickets to sold out events closer to the season, but well-meaning ticket-buyers are the ones who get ripped off when they don’t receive what they mistakenly thought (they) had paid for.

“It is not uncommon for the same ticket to be sold several times over on unofficial websites, ensuring disappointment in the end for the buyers who have been duped.”

The South Australian Government recently introduced plans for legislation which will see people face on the spot fines of up to $550 for attempts to sell tickets to events with a ‘resale restriction’ placed on it for more than 110% of the original sale price.

The legislation is expected to pass as early as next month.

Earlier this year the NSW Government introduce anti-scalping laws, which have applied since 1st June, with the penalty for selling tickets over a 10% cap now carrying a maximum $11,000 penalty for individuals and $22,000 for businesses.

Commenting on the issue, Strikers General Manager Bronwyn Klei told the Adelaide Advertiser “we don’t want Strikers fans to be upset and disappointed after buying tickets that have been cancelled and won’t get them a seat at Adelaide Oval.”