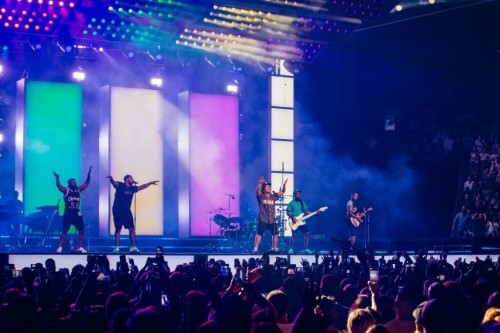 A series of investigative articles about Ticketmaster by reporters from Canada’s CBC News and the Toronto Star has led to accusations that the global ticketing giant is colluding with scalpers to bypass sales restrictions.

The undercover expose, broadcast on Canadian television, shows Ticketmaster employees claiming that its TradeDesk platform - an invite-only proprietary platform for reselling tickets - can be used to set up hundreds of accounts to purchase, then list and sell, ticket inventory in bulk.

There, employees from Ticketmaster’s resale division were filmed recruiting resellers and promoting TradeDesk, which allows the bulk uploading and listing of large quantities of tickets.

The CBC story comes just weeks after Ticketmaster announced that it was closing down its European resale operations including Get Me In! and Seatwave.

CBC reports that some brokers using Ticketmaster’s software had “literally a couple hundred of accounts,” to “work around” ticket limits on shows, while activity on TradeDesk was not subject to the same policing or checks by the company’s ‘buyer abuse’ division.

During a conference session titled ‘We appreciate your partnership’, CBC reports that Ticketmaster Resale Director, Casey Klein, described TradeDesk as “the most powerful ticket sales tool ever.”

A similar message was supposedly delivered in March during an online video demonstration.

CBC reports a Ticketmaster employee as having said “we’ve spent millions of dollars on this tool (and) the last thing we’d want to do is get brokers caught up to where they can’t sell inventory with us.”

CBC News has also published an article investigating sales for a Bruno Mars show in Toronto, Canada this weekend, which argues that Ticketmaster is incentivised to resell tickets because it collects fees on both the primary and secondary transactions.

Ticketmaster has publicly stood against scalpers and taken action against those using bots to secure masses of tickets to profiteer.

Ticketmaster did not dispute any of the footage, or refute claims made by the employees.

However, it said that it is its clients, such as touring acts, who are responsible for pricing and availability.

In response to the articles, Ticketmaster issued a statement, which advised “Ticketmaster is a technology platform that helps artists and teams connect with their fans. We do not own the tickets sold on our platform nor do we have any control over ticket pricing – either in the initial sale or the resale. In both cases, prices are set by the seller. We also do not determine when tickets are available for purchase or how they are allocated - those decisions are communicated to us by our client, the venue, after consultation with the event presenter.

“As long as there is an imbalance between supply and demand in live event tickets, there will inevitably be a secondary market. As the world’s leading ticketing platform, representing thousands of teams, artists and venues, we believe it is our job to offer a marketplace that provides a safe and fair place for fans to shop, buy and sell tickets in both the primary and secondary markets. That is why we operate our marketplace more transparently and securely than any other. We clearly delineate between standard tickets sold by the venue and tickets sold by third parties, with clear disclosure that resale prices may exceed (or be lower than) face value.”