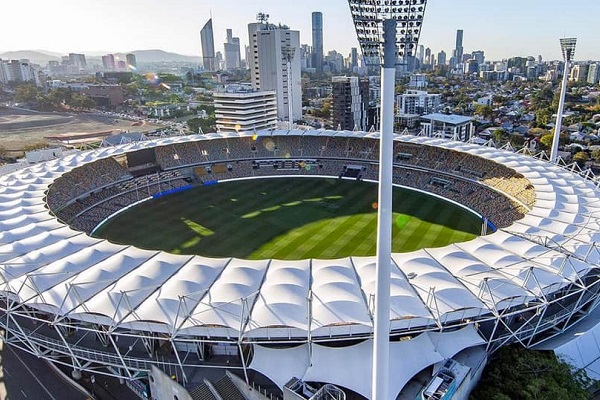 The Queensland Government and Cricket Australia have today confirmed that this week’s scheduled cricket Test will go ahead as planned at the Gabba with the venue operating at 50% capacity.

Following Brisbane’s weekend lockdown, the Australia versus India Fourth Test can go ahead with COVIDSafe plans in place.

“We’ll keep listening to the strong medical advice of the Chief Health Officer to keep Queenslanders safe and our economy strong.

“The Fourth Test of the Border-Gavaskar Trophy at the Gabba is no exception.”

Nick Hockley, Cricket Australia’s interim Chief Executive, said the ongoing safety of fans, staff, players, broadcast partners and match officials is the number one priority ahead of the fourth Vodafone Test in Brisbane.

Hockley noted “we have been working closely with Queensland Health to ensure our strong biosecurity plans guarantees the fourth Test at the Gabba is played safely.

“Throughout the season, we have developed a strong track record for a safe and responsible return to sport thanks to our well-established biosecurity protocols, the ongoing support from public health officials and the incredible hard work of so many people across Australian cricket.

“I want to thank the Queensland Government for their cooperation and willingness to working closely with Cricket Australia and the Board of Control for Cricket in India (BCCI) so we can deliver the fourth Test as planned, but more importantly delivering on a plan that places the safety and wellbeing of the players, match officials and the wider community as a top priority.”

Queensland Chief Health Officer, Jeannette Young, advising on the new health precautions to be applied to the Fourth Test at the Gabba stated “these new precautions for the Gabba will allow the Test to continue safety and help us to protect Queenslanders and players.

“These precautions for the fourth Test are consistent with the SCG and the MCG for the earlier Tests to reduce the risk of seeding COVID, particularly the new UK strain we’ve detected in Greater Brisbane.

The health precautions include:

• Maximum daily capacity at Gabba to be capped at 50%, or approximately 18,000 spectators per day;
• Mandatory mask-wearing for game entry and exit and while moving around the stadium, including when buying food and drink;
• An allocated checkerboard seating layout for social distancing; and
• Existing tickets to be refunded by Cricket Australia and new ticketing arrangements put in place by Cricket Australia to enable social distancing of spectators.

Queensland Sports Minister Stirling Hinchliffe said it was important people adhered to the rules to ensure a safe event adding “these are small sacrifices to make to ensure we can enjoy cricket at the Gabba and keep Queenlsanders safe.

“I want to thank Cricket Australia and the BCCI for working closely with the Chief Health Officer and the Queensland Government to make this a COVIDSafe Test.

“With the extraordinary spirit of cooperation behind the scenes, I’m confident we’re going to witness a great Test at the Gabba this week.”