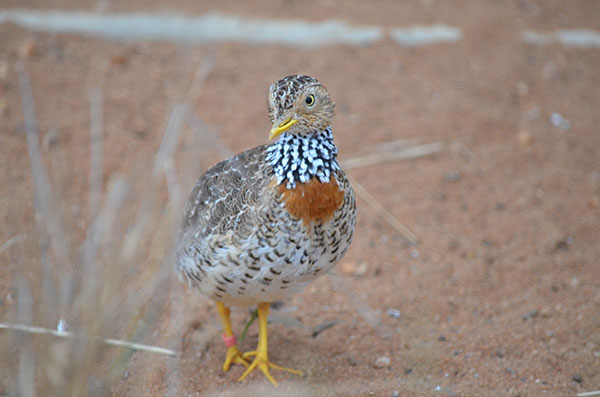 National Threatened Species Day is commemorated across Australia on 7th September each year. The day aims to raise awareness of native plants and animals that are at risk of extinction. The day originated in 1996 to mark the 60th anniversary of the death of the last remaining Tasmanian tiger in Hobart Zoo in 1936.

Over the last two hundred years it is believed that more than 100 species of plants and animals have become extinct with thousands of others at the risk of extinction.

National Threatened Species aims to highlight species under threat, to raise awareness of how we can best protect these and other species in the future and to celebrate the amazing conservation work that is taking place across the country.

The six critically endangered and genetically unique captive-bred Plains-wanderer birds moved to Monarto Safari Park in March this year as part of a national conservation breeding program that aims to save the species from extinction. The birds have recently come out of their quarantine period and are settling into their new, purpose-bred facility at Monarto Safari Park.

Zoos SA is currently working with the Recovery Team to bring more birds to the facility with Zoos SA’s Conservation Manager, Dr Liberty Olds noting “National Threatened Species Day is all about raising awareness of the species that are under threat of extinction. It is also an opportunity to celebrate the conservation work that is taking place, such as the Plains Wanderer conservation breeding program.

“Without conservation breeding programs like this, the future for the Plains-wanderer would be bleak. At present there are thought to be less than 1,000 adult birds remaining in the wild.

“The Plains-wanderer is an ancient and uniquely classified species and the only member of the Pedionomidae family. Considering its evolutionary distinctiveness it is definitely one Australian bird species that we can least afford to lose.

“Zoos SA is passionate about being part of this vital conservation program and helping to save the Plains-wanderer from extinction. 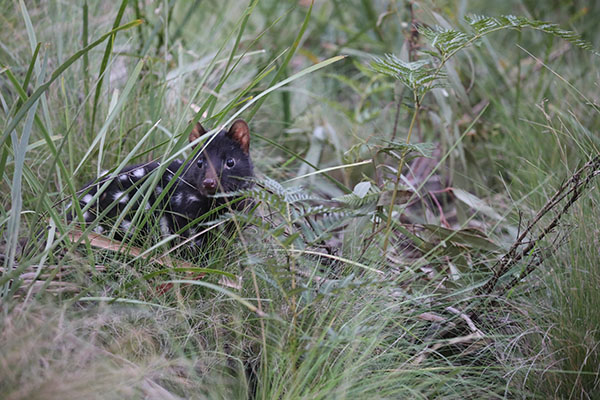 The quolls are part of the organisation’s Eastern quoll breeding program. Through the program, Aussie Ark has successfully bred this vulnerable species in the Barrington Tops and now hold almost 90 individuals, a number that grows with every breeding season.

Aussie Ark’s President Tim Faulkner says of the release “our ultimate goal is to bolster the Eastern quoll species’ population and rewild the Barrington Tops. The release of these 28 individuals is a massive step in the right direction.

“By replicating the needed healthy and safe environment, I have hope of joeys being bred into our sanctuary.”

Global Wildlife Conservation President, Don Church who supported this release, advised “these kinds of historic releases are the result of the impressive long-term vision and commitment of the Aussie Ark team.

“By strategically reintroducing the right species in the right habitats, Aussie Ark is leading the way on rewilding Australia, restoring the ecosystems to their original state. This benefits not only the quolls, the ecosystems in which they live, and Australia, but helps ensure a healthier planet for all life on Earth.”