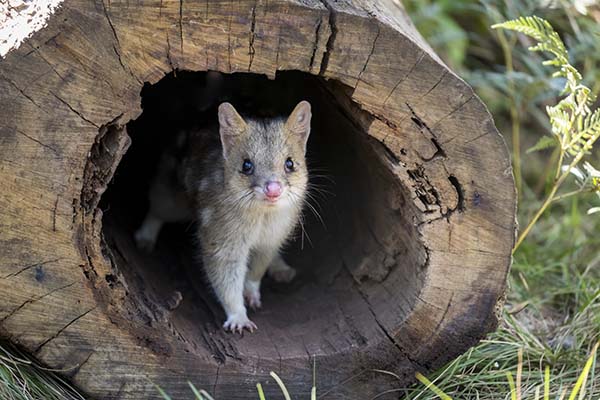 Aussie Ark, a not for profit environmental organisation, has announced its conservation facilities have seen the most successful breeding season yet for the endangered Eastern quoll.

Across Tasmania, quoll numbers have declined by more than 50% in the 10 years to 2009 and are showing no sign of recovery. It’s estimated approximately 10,000 are left in Tasmania, but numbers have fallen rapidly with Eastern quolls edging closer to extinction.

Pouch checks have revealed 51 Eastern quoll joeys, a species that has been extinct on mainland Australia since 1963.

This is the third year Aussie Ark has bred Eastern quolls with the aim of building a robust insurance population and ensure this unique species isn’t lost.

Aussie Ark President Tim Faulkner advised: “It’s an exciting time of year for the whole team when we do the Eastern quoll pouch checks and to see how much the population has grown.

“Eastern quolls were once common throughout Australia, but sadly can now only be found in the wild in Tasmania. They are an important part of our ecosystem with their appetite for rabbits, mice and rats keeping the populations of these pests under control.”

The cause of their mainland extinction is due to introduced feral pests such as cats and foxes, as well as poisoning and trapping.

The vision of Aussie Ark is to establish a robust insurance population of Australian threatened, native mammal species and release them into sanctuaries protected from unnatural threats.

For more information go to www.aussieark.org.au