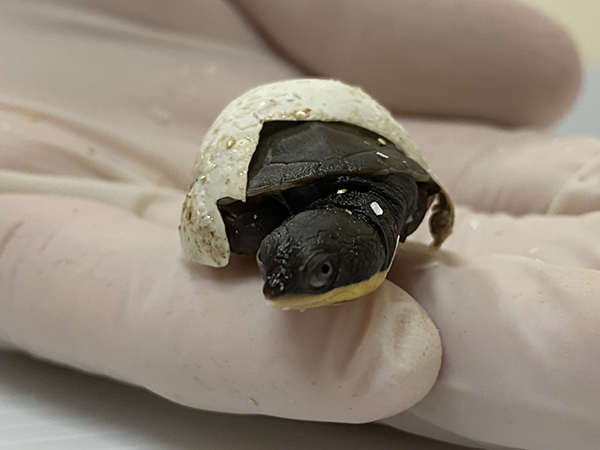 On World Turtle Day (23rd May 2020) Aussie Ark is highlighting that it’s Manning River turtle insurance program, is the only in existence for its kind. The program which aims to breed and release the turtles back to the wild, is their only lifeline. So far the program has hatched 20 of the endangered turtles, but has big plans for the future.

Turtles are the dinosaurs of modern days and have been around for more than 200 million years. Sadly, the future of many turtle species is threatened by feral predators, habitat destruction and global warming. In Australia, more specifically in the Barrington Tops region of NSW, the Endangered Manning River turtle is more vulnerable than ever, due in part by the 2019-20 bushfire crisis and severe drought.

Aussie Ark is committed to building a Manning River turtle insurance population by providing the species with a secure environment where it can thrive and therefore reproduce.

NSW Environment Minister, Matt Kean notes “what is extra special about this turtle, is that the Manning River turtle is like the godfather or ancestor of Australian short-necked turtles and is estimated to be over 55 million years old.” 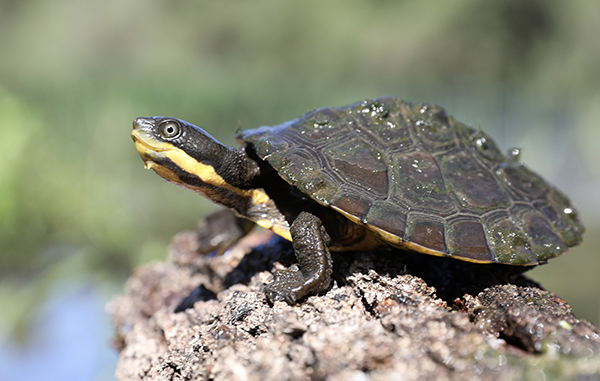 Moreover, the species is endemic to NSW and can be found nowhere else on earth.

Turtles, like the Manning River turtle, play a critical role in our waterway’s ecosystems, by cleaning up and maintaining the stunning waterways and keeping aquatic vegetation in balance. However, they require clean, flowing substantial bodies of water to thrive.

Aussie Ark President Tim Faulkner advises “it is heartbreaking to observe turtle species from all over the world, especially in our own river systems, losing their habitats – especially knowing that turtles have been on this Earth for millions of years. We can’t sit and watch – we need to take immediate action.”

Through its conservation efforts and specialised breeding facilities, Aussie Ark wishes to breed and eventually return a new generation of healthy Manning River turtles into the wild.

Faulkner adds “our goal is to help return a long-lost balance into our freshwater systems, and overall gorgeous waterways.”

In honour of this year’s World Turtle Day, conservation organisation Aussie Ark, alongside its partners, hope to shed a light on the current issue and create a path towards a better and more secure future for the Manning River turtles and all turtles. The Manning River turtle project is only possible through partnering with organisations such as the Turtle Conservancy, Global Wildlife Conservation and NSW Government, as well as project partners Steber International, The Happy Wombat, Aus Eco solutions, Manning River Steel and Kleinfelder.