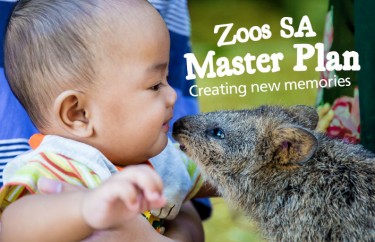 Zoos SA has released a new 20-year master plan that will introduce a ‘predator experience’ with overnight safari-style accommodation as well as a gorillas exhibit and treetop monkey runs.

Part of a plans to transform Adelaide and Monarto Zoos over the next two decades, the Zoos SA master plan sets out a vision for commercial developments, the first of which would be a world-class adventure nature playground at Adelaide Zoo.

Zoos SA Chief Executive Elaine Bensted said the initial developments would only go ahead once funding was confirmed to avoid the debt problems it experienced following the introduction of the giant panda exhibit in 2009.

Bensted explained "we know that the zoo over-extended itself when it went into its last major development and I've given an absolute guarantee that won't be occurring.

"We won't start any of the developments until there's a very clear funding plan for it."

The 20-year plan includes the introduction of several new species including the western lowland gorilla, Sir Lankan leopard and Komodo dragon at Adelaide and Nyala, and maned wolf at Monarto.

There would also be a significant expansion of rhinos at Monarto Zoo.

Bensted said the ‘predator experience’ (pictured below) at Monarto would give visitors the chance to become part of the exhibit. 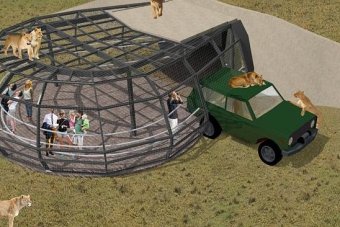 Introducing the concept, she explained “people can go into the lion's den and be surrounded by the largest lion pride in Australia.

"Other things Monarto are looking at is the introduction of accommodation, which could be a range of cabin-style accommodation for families as well as luxury safari-style to support safari experiences."

Bensted said while Zoos SA had managed to return its budget to a small but operating surplus, the plan would need additional funds from corporate sponsors and a range of government grants.

She concluded “we're very proud of what we deliver already and we want this plan to help us deliver our mission which is to save species from extinction and to connect people with nature.

"We've designed the plan to do both of those things even more effectively."

Zoos SA wants to begin development of the nature's playground and ‘Aussie icons’ precincts in the 2015/2016 financial year when funding plans are finalised.

A series of open days will be held at both Adelaide and Monarto Zoos to explain the plan to the public.

Previous plans to build a $30 million Wild Africa safari experience at Monarto Zoo were put on hold in 2011 at the height of Zoos SA's financial problems. the plans included new facilities and a five-star lodge at the Zoo.

For more information go to www.zoossa.com.au/master-plan/

Lower image shows an artist's impression of the predator experience at Monarto Zoo.