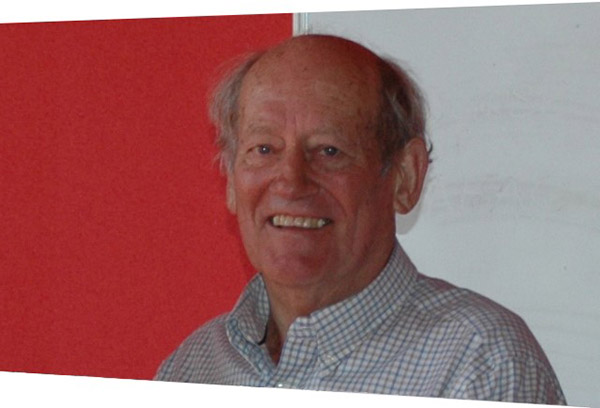 Former Zoos SA veterinarian, Dr David John Schultz, has received the Member of the Order of Australia (AM) in Queen's Birthday Honours in recognition of 54 years of dedicated service to the veterinary care, wellbeing, conservation and research of wildlife.

One of Schultz’s most significant contributions to wildlife conservation and research has been spearheading the active collaboration between veterinarians and biologists to work together in wildlife health and conservation programs.

Dr Schultz notes “I was surprised when I heard the news. It’s not the sort of thing you think about when you’re just doing your job.

“In fact, it’s a little embarrassing. Especially when I think about the standard that other veterinarians are currently achieving.”

“I’m so pleased that David’s passion and long-serving commitment to the conservation of wildlife through his veterinary work, programming and his role as an educator has been recognised in the Queen’s Birthday Honours list.

“Zoos SA is extremely grateful to David for the time and energy he has given us both over the years as our Senior Veterinarian and beyond.”

Schultz graduated in 1966 from the University of Sydney and quickly began his own practice in his hometown of Adelaide, rapidly developing a large avian and wildlife caseload.

In 1979, Schultz was awarded a Churchill Fellowship to study Avian Medicine and Surgery in the USA and UK. Soon after his return, he began working at Zoos SA and eventually becoming the Societies’ first full-time veterinarian in 1986. Working as Senior Veterinarian for over two decades, Schultz semi-retired in 2006 but continued to work part-time at Zoos SA until as recently as 2018 where he regularly mentored up-and-coming veterinarians.

A popular and much sought-after presenter on the conference circuit, Schultz has coupled his great communication skills with being an excellent teacher, mentor and supervisor.

In his role as Director of the Schultz Foundation, he has overseen the disbursement of thousands of dollars support Honours and PhD research projects in wildlife conservation, marsupial reproductive biology, wildlife ecology and wildlife health and veterinary medicine as well as funding conservation projects for a number of threatened species.