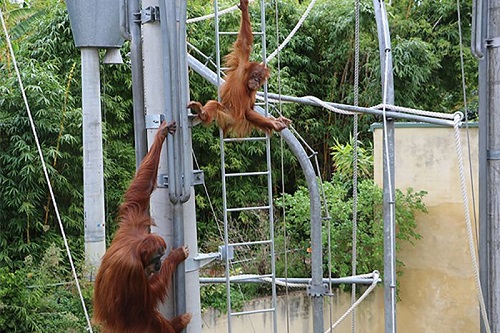 The recent milestone of 120 years of operations has seen Perth Zoo acknowledge its transformation  from a colonial era attraction to a leafy 17 hectare sanctuary for wildlife that is home to more than 1250 animals and 171 species.

First opened in 1898, the most dramatic transformation of the Zoo has gone on over the past decade as bleak concrete pens and barred cages have been replaced by more natural enclosures with enriching features for the animals.

Commenting on the changes, Ric Dunlop, who started working at the zoo more than 30 years ago and now supervises the elephants and other large animals, told the ABC “pretty much as I started in '88, zoos were moving into what you see here.

"It's not a concrete box anymore, aesthetically it looks much better. It's got better design principles for trying to give the animals what they need as enrichment, as housing, and of course we supply all medications."

The evolution of the Zoo has seen keepers move from basic care for a wide variety of animals to highly specialised care for one group of animals.

Animal welfare is the highest priority, and the keepers try to create enclosures that simulate natural environments which are healthy for the animals. 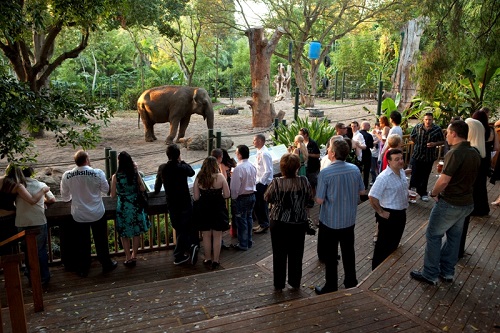 Conservation programs to preserve natural habitats and fight poachers, along with breeding programs for endangered species, are also a crucial part of the Zoo's work.

It has managed to bring western swamp turtles back from extinction, and also works with numbats and other Australian mammals and reptiles.

The Zoo is also part of an international program to re-introduce a wild population of orangutans into the Sumatran jungle.

There are still sun bears at the zoo, but they are rescue animals. One of them, Jamran, was brought to Perth after being found tied to a pole outside a restaurant in Thailand, where his paws would have been used for soup.

Dunlop added “(the Zoo) still holds the entertainment value, but there's a huge focus on conservation in the whole collection that we hold.

"I think people need to understand that these guys are kept more or less as an ambassador for their species, and the zoo industry invariably is putting money into programs that are conservation-based outside of the zoo and potentially in South East Asia and Africa." 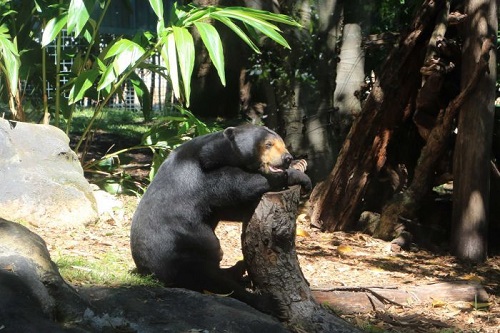 Founded by Melbourne Zoo Director Albert Le Souef, the Zoo was taken over by the Western Australian Government’s then Gardens Board in 1932.

Planning is currently underway to transform the Zoo to ensure it can provide new wildlife experiences for the Western Australian public and visitors into the future.

A consideration of this future proofing is to plan for the death of elderly and much-loved Asian Elephant, Tricia - currently one of the oldest Asian zoo elephants in the world.

Following Tricia’s death, the two younger elephants will be rehomed to other Australasian zoos where they will benefit from a herd setting. This provides the opportunity to re-think and reinvigorate the offerings on the urban zoo site.

Concepts also include enabling the public to see procedures underway in the veterinary hospital and providing opportunities to see inside animal breeding areas where Perth Zoo is helping fight species extinction. 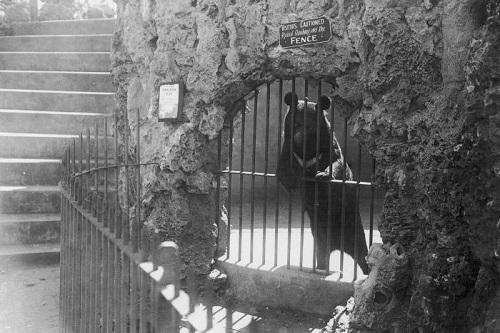 Recently appointed Zoo Executive Director Wendy Attenborough sees that the Zoo plays an important role in providing experiences that could emphasise the importance of animal conservation and protection.

Attenborough explains “by exposing people to these signature experiences, we can develop positive community attitudes towards wildlife.

“Thousands of animals bred at the zoo have been released back into the wild over the last seven or eight years.

“This has become an especially important part of the work we do at the zoo.”

Within weeks, two young female lions will arrive and be housed at a new $3.3 million enclosure that will include breeding facilities.

The Perth Zoo master plan can be seen at more details can be found at perthzoo.com.au/futurezoo

Images (from top): Perth Zoo's orangutan enclosure includes enriching features, Tricia - currently one of the oldest Asian zoo elephants in the world, and the Zoo's sun bear enclosure - today and in former times.