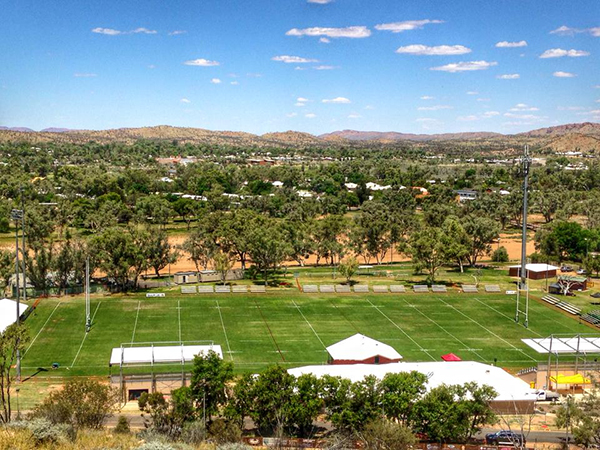 In accordance with section 32 of the Heritage Act 2011, Northern Territory Minister Tourism, Sport and Culture, Lauren Moss made the decision not to permanently declare Anzac Oval and Richardson Park as heritage places.

Minister Moss advises “I accept that Anzac Oval has a degree of heritage significance, for the reasons described in the Statement of Heritage Value submitted to me by the Heritage Council.

“I also accept that its significance can at least partly be attributed to its changing use over time, as a public space linked to the social and cultural needs of the community.

“The owner of the land, Alice Springs Town Council, does not support the permanent declaration of Anzac Oval as a heritage place and it is my view that the site can continue to be available to serve the social and cultural needs of the community and reflect the cultural and environmental values of the area.”

The NT Government made the same decision on Richardson Park with Minister Moss noting Richardson Park is a significant community site that has long provided recreation opportunities for the community.

Minister Moss adds “we will continue to work towards providing a better space for all to enjoy.

“The facilities are in a state of disrepair and require significant upgrades to meet current standards to rejuvenate and activate the space.

“The first stage of works on Richardson Park will commence and provide an upgraded oval, including change rooms, which will be available for use by the Nightcliff Dragons and Brothers Rugby clubs and the broader community.

“We will continue to work with NRL NT clubs on ensuring the history and significance of Richardson Park is recognised and maintained, including the memorial for Mr John Mount, known as Shadow.”

A new road near Richardson Park will also be constructed to facilitate safer and more efficient access to Ludmilla Primary School.