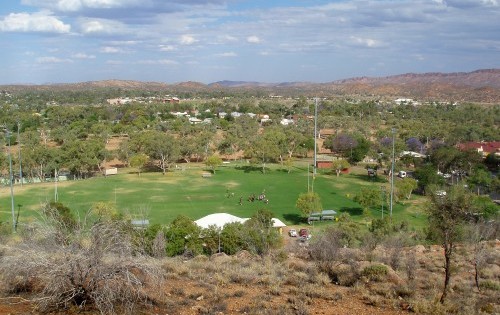 Commenting on the event, which drew more than 3,000 fans, Northern Territory Chief Minister Adam Giles stated "the Alice Springs community has truly embraced rugby league this week with a huge turnout for the main game.

"It's clear rugby league has a large and growing following in the Territory and we're excited to have brought the Eels and the Tigers to Central Australia to show off their sport.

"The Trial game has been a great precursor to the premiership match between the Eels and the Canberra Raiders in Darwin on 9th August.

"(This) Government is making sure Territorians have access to top quality sporting events in first-class sporting venues and both teams have been hugely impressed with the new facilities on offer at the new-look ANZAC Oval."

Chief Minister Giles added "the upgrade was an election commitment and I'm proud we've been able to use this brand new facility as a backdrop for the NRL trial match this weekend."

Last year, the Northern Territory Government agreed a partnership with Parramatta to secure NRL action in the Territory for the next four years.

Welcoming the first manifestation of the partnership, Northern Territory Sports Minister Matt Conlan added "it was the 'Territory Eels' first game in their new home-away-from-home and they've enjoyed every minute of their time in the Territory. It's been a pleasure to have both the Eels and the Tigers here and to see them connect with the local community.

"The Eels players have spent the week visiting more than 1,100 school children in 16 local schools where they talked about how to tackle bullying and leading healthy lifestyles.

"This community engagement is the essence of the Parramatta partnership and will help grow the profile of Rugby League in the Territory over the years to come.

"The Eels are great ambassadors for their sport and we can't wait to get them back on Territory soil in August."

Located at the base of Alice Spring's Anzac Hill, Anzac Oval is the premier location for both rugby codes in central Australia.

Also offering a fitness trail, Anzac Oval hosts a range of concerts and community events during the year.

For more information go to www.alicesprings.nt.gov.au/facilities/index/id/1