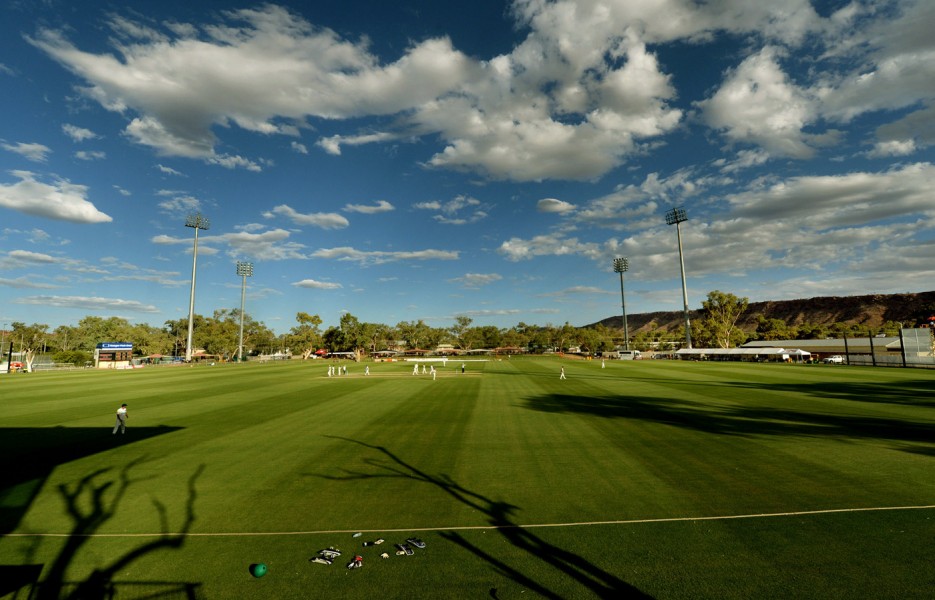 Sporting stakeholders in Alice Springs are calling for a new sporting oval for the community after the ground at Traeger Park was deemed unfit for the Big Bash League cricket fixture between the Adelaide Strikers and the Perth Scorchers on 9th February.

After an inspection earlier this week by Cricket Australia officials, the long-awaited match will now be played in Adelaide.

Earlier this month, a Women's Big Bash League game was moved from the ground, which has not been used for local cricket at all this season.

Ryan told the ABC “our staff worked very, very hard (and) were as disappointed as anybody else.

"It's the outfield that's caused our problem.

"Our problem has been … the number of days in excess of 40 degrees and the heat in the ground. And that seed just hasn't taken."

He also claimed the ground was "overcommitted", despite not being used for six months.

Mayor Ryan believes Alice Springs needs another ground, advising “the overcommitment to the oval is not just the last year. We talk about the last five years.

"Five years ago we used to have more games on that, something like five times the usage of any oval in Australia.

"There is a clear demand about infrastructure and we need assistance to build another oval."

Asked whether he could guarantee the ground would be ready for a West Coast vs Melbourne AFL match in July, Mayor Ryan added "I don't make that decision - the AFL does".

Cricket NT Chief Executive Joel Morrison has told the ABC the recent hot weather should not have caused a cancellation, commenting “we're very disappointed and frustrated as you naturally would expect, particularly on behalf of our cricket community who was really looking forward to having this match in Alice Springs.

“We would've thought there was enough time following the football season that the recent hot weather wasn't the main issue and we look forward to working with them to uncover exactly what occurred and most importantly, how this will never happen again."

Minister Moss advised “as the responsibility to prepare and maintain the oval to the required standard sits entirely with the Alice Springs Town Council, I expect that Cricket Australia and the Alice Springs Town Council will now conduct a full review of the issues that have caused the ground to fall short of the required standard, to ensure that Traeger Park can host Big Bash League games in the future.”

She said the Northern Territory Government would be working with the Adelaide Strikers and Cricket Australia to ensure the game cancellation came at no cost to taxpayers.