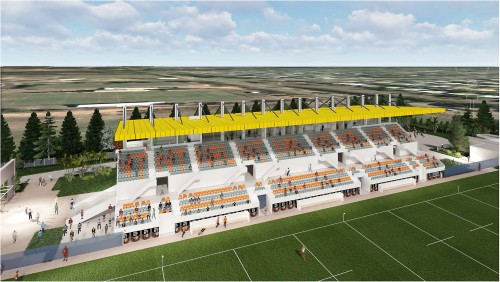 The Northern Territory Government has released a tender for the design and construction of new rugby league stadium at Warren Park in the Darwin suburb of Marrara.

The release of the tender comes after a $25 million budget allocation for the construction of the new facility by the Northern Territory, with the concept design had been developed in consultation with a steering committee which included representatives from NRLNT, NRL, NT Rugby Union, South Darwin Sporting League and associated clubs.

Announcing details of the tender, Northern Territory Assistant Minister for Sport and Community Events, Tony Sievers stated the “new home for local rugby league at Marrara will create local jobs and provide a great facility for one of the most popular sports in the Northern Territory.” 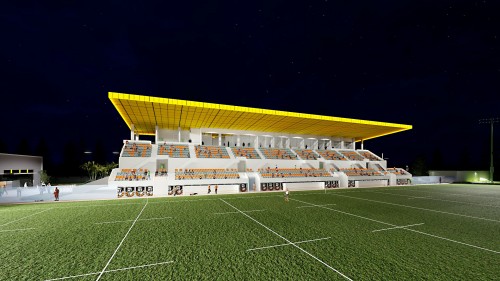 The final concept design includes three full-sized fields with one to national standard, a grandstand with a 1200 seating capacity, four change rooms, corporate facilities, food and beverage facilities, car parking and the flexibility to host other sporting events requiring a rectangular field, such as rugby union and football.

A common theme raised during the consultation period was in relation to traffic and parking. This is an issue which is being managed through key stakeholders including Department of Infrastructure, Planning and Logistics as well as the City of Darwin.

NRL NT General Manager, Nigel Roy thanked the Northern Territory Government for the significant investment in improving the Warren Park ground and facility, stating “not only will the local rugby league community benefit from enhanced facilities, I have no doubt that we will see an increase in interest from NRL clubs, along with our national teams and international teams, to visit Darwin and the surrounding regions to train and play in front of crowds of league fans at Warren Park.” 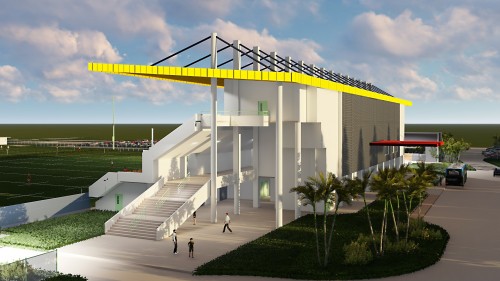 Kelly concluded “the release of the tender marks an important milestone in progressing the development and there is a building sense of excitement at Warren Park. It is pleasing that so many sporting bodies are working together to make the most of such an important piece of infrastructure.”

Construction on the redevelopment of Warren Park is expected to commence in early 2018.