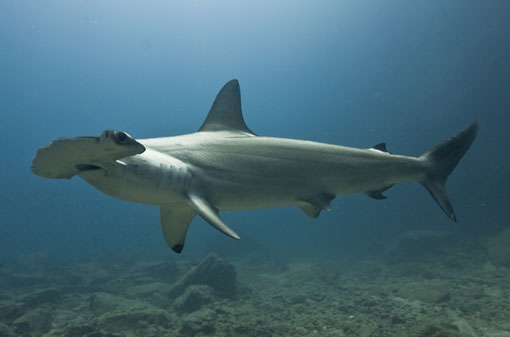 With shark populations crashing across many of the world’s coral reefs, the Australian Marine Conservation Society (AMCS) and Humane Society International (HSI) say the research, published in Nature, underscores how important it is that Australia looks after its shark populations.

AMCS advise that “Australia  cannot be complacent because there are still serious shark conservation issues within our World Heritage listed Great Barrier Reef and we don’t want our shark populations to follow the same path.”

New research which shows that sharks have almost disappeared from a number of reefs around the world highlights the importance of conservation efforts to support their populations marine conservationists say.

The study found that in some countries sharks have been so depleted that they were now ‘functionally extinct’. It said Australia was among the nations with relatively healthier reef shark populations on our tropical reefs.

Dr Leonardo Guida, shark scientist and spokesperson for AMCS, said there's plenty of room for improvement in shark conservation in Australia with ongoing issues, such as fishing for critically endangered shark species on our Great Barrier Reef.

Dr Guida notes “the study shows that Australia is comparing favourably to countries where sharks are alarmingly disappearing from reefs. Australia’s relatively good performance is due to decades of science-based conservation efforts and advocacy by scientists and organisations like AMCS and HIS.

“But research is also telling us that several of our shark species are declining in our waters so we shouldn’t be resting on our laurels when it comes to managing threats like destructive fishing practices and global warming.

“We need the Queensland government to introduce long overdue fisheries reforms such as gillnetting, overfishing, illegal fishing in our Great Barrier Reef - these impact shark species like the critically endangered scalloped hammerhead as well as turtles and dugongs.”

Chlebeck adds “sharks are essential to our Reef because they help bring ecosystem balance and health, in turn bringing significant economic benefits to Queensland.

AMCS and HSI are currently running a joint campaign “Shark Champions” supported by the Shark Conservation Fund, which is seeking to improve the conservation of sharks by improving the sustainability of Australia’s fisheries and environmental laws.