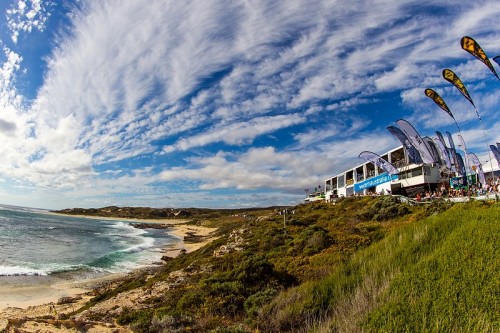 Despite shark scares at its 2018 edition, the Margaret River Pro will remain on the World Surf League schedule after it secured a contract extension with the Western Australian Government until 2021.

Last year’s event was called off midway through the competition after two non-fatal shark attacks nearby.

The presence of beached whales in the area attracted sharks and contributed to their aggressive behaviour.

The Margaret River Pro’s future beyond 2019 was already in doubt even before the shark attacks but the Western Australian Government and Tourism WA have put up the funds to secure a two-year contract extension.

However, it remains to be seen whether the world’s best surfers feel safe returning to Margaret River. After last year’s incidents, two-time world champion Gabriel Medina and Brazilian Italo Ferreira expressed fears about entering the water in Margaret River.

Medina said after the attack “I just don’t feel comfortable surfing there. I will never surf by myself here because it’s not safe” while Ferreira tweeted at the time “I do not feel comfortable training and competing in places like this.”

The new deal will also include opportunities to showcase other parts of Western Australia's coastline, through video content during the event's broadcast.

Comments on the contract extension, Western Australian Tourism Minister Paul Papalia stated "Margaret River is one of Western Australia's key tourist destinations, known around the world for magnificent surf, its premium food and wine, and its stunning natural assets including majestic forests and caves.

"The Margaret River Pro not only injects money and creates jobs for the local economy, but it gives us the opportunity to showcase the region and the state to a global audience.”

The Margaret River Pro has been part of the WSL Championship Tour since 2014 and has regularly attracted the world’s best surfers, including Kelly Slater, John John Florence, Mick Fanning, and Stephanie Gilmore.

This year’s Margaret River Pro will start on 29th May.