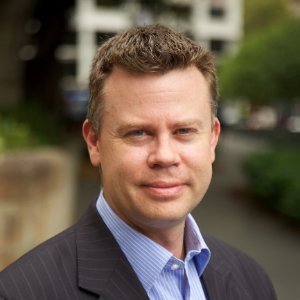 With the latest figures from Tourism Research Australian showing the number of international visitors to Western Australia fell by 1.8%, while visitor expenditure decreased by 9.9%, or $248 million, Tourism Council WA Chief Executive Evan Hall expressed his fears that the state is not keeping pace with investment in marketing, events and attractions in the rest of Australia.

Speaking yesterday, Hall (pictured) stated “the State Government has made tourism a real priority and the industry is delighted that a dedicated Managing Director has now been appointed for Tourism WA.

“To be successful, Tourism WA must be able to compete with other States which are investing significant funds in aviation development, destination marketing and major events to further boost their enormous tourism jobs growth.

“As tourists shift from WA to the east coast, they take visitor dollars and jobs with them.

“The tourism industry has made significant investment in new accommodation, restaurants, airports and venues, and this should be a time when interstate and international spending is pulling WA out of recession into jobs growth as seen in other States.”

Tourism Council WA has identified three policy priorities for the Western Australian Government to address. These are:

1. Approve non-government tourism investment in new attractions for Perth and regional Western Australia;
2. Match marketing investment made by other States, particularly funding for Aboriginal tourism; and
3. Secure major events at venues such as Optus Stadium and RAC Arena which drive large numbers of visitors to Western Australia.

Hall added “the industry is seeking real change that will see Western Australia keep pace with other States which are investing more, approving new attractions, and bringing in more visitors.”

Hall said events had huge potential to deliver increased visitation, giving potential visitors a reason to travel at a certain time, concluding “we now have the capacity to host international, high-profile sporting and entertainment events in Perth, and we know that these events attract visitors - for example, the two Ed Sheeran concerts in March attracted approximately 7,000 international and interstate visitors.

“These visitors spend money on transport, food, hotels and shopping across the State, creating economic activity and jobs for Western Australians.”