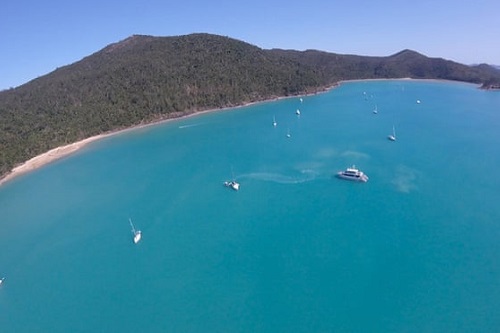 Following two separate attacks on tourists in the Whitsundays this week Queensland fisheries authorities have caught and killed two tiger sharks detected in the vicinity of the attacks.

Three baited hooks were set in the area around Cid Harbour on Friday, and Fisheries Department officials caught and killed two tiger sharks, one two metres and the other 3.3 metres, earlier today.

Hannah Papps, aged 12, was holidaying from Melbourne with her father and sister when she received a life-threatening wound to her right leg on Thursday while swimming in shallow water in Cid Harbour.

Her attack came after Tasmanian Justine Barwick, aged 46, was bitten on her left thigh while snorkelling in the same area less than 24 hours earlier.

However, it is unclear whether the dead sharks had been responsible for the separate attacks on a woman and a girl earlier in the week.

In a statement, Fisheries Queensland advised “it is unclear if they were responsible for injuries caused to two swimmers this week.

“The shark carcasses will be towed well out to sea for disposal.”

Both victims have been transferred to hospitals in Brisbane.

It is the first time baited hooks have been used in the popular Whitsundays holiday destination, where the tourism industry is still recovering following Cyclone Debbie in 2017.

Image: Cid Harbour in the Whitsundays, where the two tiger sharks have been caught and killed. Courtesy of Racq Cq Rescue handout/EPA.