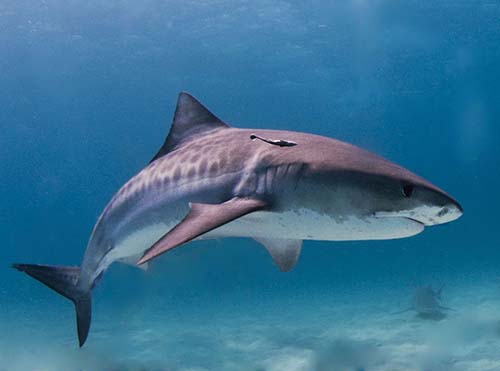 SMART (Shark-Management-Alert-In-Real-Time) drumlines, one of the NSW Government's $16million Shark Management Strategy measures are currently being trialled across Sydney beaches.

The NSW Department of Primary Industries (DPI) is trialling the 10 SMART drumlines across Sydney beaches from 10th February to 12th May 2019.

The trial will complement the NSW Government’s Shark Meshing (nets) Program. Sharks tagged in the trial will allow DPI and the community to monitor shark movements along the NSW coast.

‘Target sharks’ are White, Bull and Tiger sharks as they are the species mainly involved in shark bites in NSW.

Each day, 10 SMART drumlines will be set in the morning and collected in the evening (weather dependent) across Palm, Whale, Avalon, Bigola and Newport beaches, located near existing shark nets to compare how this new technology performs. They are not left out overnight. 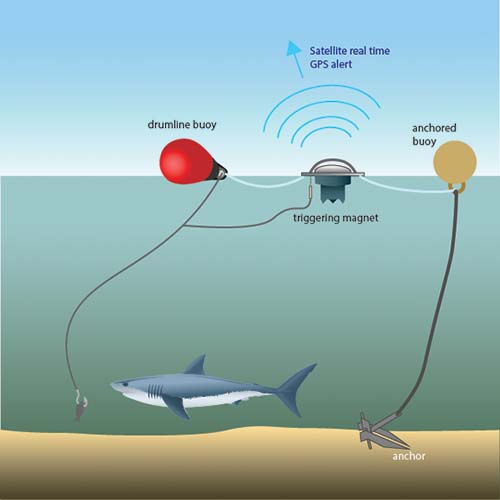 SMART drumlines are new technology that allow target sharks to be intercepted beyond the surf break; once caught, they are tagged and relocated 1km offshore. Currently, DPI is successfully trialling 35 SMART drumlines between Evans Head and Lennox Head and has completed trials at Coffs Harbour, Forster, Kiama, and Ulladulla. Trials in NSW have shown that SMART drumlines are effective at managing target sharks with minimal impact on the marine environment.

DPI manages the NSW Government’s five-year Shark Management Strategy. SMART drumlines are one of the new technologies that are being trialled for shark management along with drones and helicopters for aerial surveillance.

SMART drumlines consist of an anchor, two buoys and a satellite-linked GPS communications unit attached to a hook baited with one sea mullet. A triggering magnet is attached to the communications unit. When a shark takes the bait and puts pressure on the line, the magnet is released alerting the boat crew and DPI scientists that there is an animal on the line. Once alerted, the team responds immediately (within 30 minutes) to tag and release the shark or other marine animal. SMART drumlines are set every morning (weather dependent) approximately 500m offshore at a depth between 8-15metres of water. They are collected at the end of each day and are not left overnight.

Data collected from other trials show that relocated target sharks move away from the area for up to several months, before resuming their natural migratory path. Automatic alerts are also posted when a tagged shark swims within 500m of one of the 21 shark listening stations across NSW. The closest shark listening station (the big, yellow buoy) operates at Bondi Beach located 500metres offshore.

An alert will be made publicly available through DPI’s SharkSmart mobile app and Twitter @NSWSharkSmart after the shark is released. Information about target sharks caught during the trial will be posted on DPI social media channels so the public can be informed on what is being caught.

For more  information on trials go to dpi.nsw.gov.au/drumlines