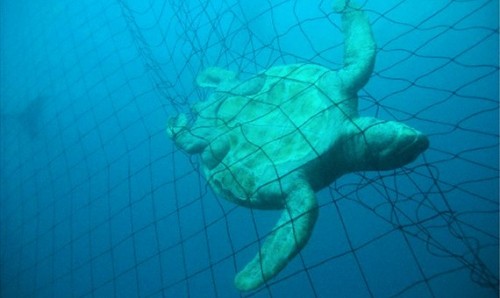 While doubt remains as to whether shark nets located off NSW’s beaches are effective in deterring attacks on swimmers and surfers, a report has revealed that they catch a large number of threatened and protected species along with marine life not intended to be targeted by the shark-meshing program.

The latest report on the shark nets, located across 51 NSW beaches shows that of 748 marine animals caught in 2015/16, 86% were threatened, protected or species not intended to be targeted by the nets.

Nine bottlenose dolphins, four common dolphins and one dolphin that was so decomposed that it could not be identified were caught along with 13 threatened green turtles, of which only two survived, while four loggerhead and two leatherback sea turtles were also trapped.

An infant humpback whale was also caught, and died, off Bilgola Beach.

Almost 150 non-target sharks were caught in the nets, a jump from 50 the year prior. The nets trapped 112 smooth hammerheads in 2015/16, which are not supposed to be targeted. All but two died.

Humane Society International described the report’s findings as disturbing with Head of Campaigns Nicola Beynon urging the NSW government to remove the nets, and instead use “non-lethal bather protection strategies”.

Beynon added “five harmless grey nurse sharks were killed and this is a critically endangered species with a likely population of only 1,000 individuals.

“This is a shocking blow to the population, something which cannot continue if we want to see this species survive in the long-term.”

Environmental group Greenpeace said there was no evidence that shark nets were effective in preventing attacks.

Foster stated “there is no conclusive evidence that nets are effective at preventing human-shark encounters and these alarming new government figures show that dolphins, turtles, rays, endangered shark species and other wildlife are being unnecessarily killed by the nets.

“The (NSW department of primary industries) itself found that about 40% of sharks trapped in NSW nets are found on the beach side.”

The 748 animals caught in 2015/16 was a significant jump from 189 the year prior, and was driven by a dramatic increase in the number of stingrays trapped by the nets. The report also found eight shark nets had been vandalised in 2015/16.

A net at Bondi was slashed on 7th September, while a net at Dee Why was cut along the float line a week later. The net at Bronte was damaged by an anchor on 12th October, and the Curl Curl net was vandalised in late November. 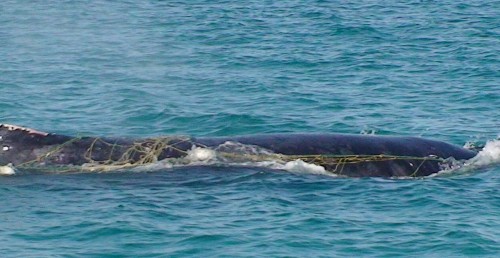 Others were damaged by storms or accidentally became tangled by other vessels.

Threatened or protected species entangled in NSW shark nets in 2015/16:

Non-target species caught in the nets: