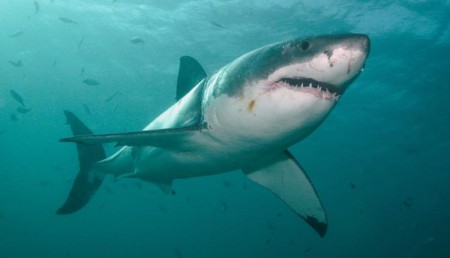 Western Australian Premier Colin Barnett has expressed concern that recent shark attacks off the state’s beaches are threatening the lifestyle of West Australians as well as impacting international tourism.

Premier Barnett was speaking after the death of diver Doreen Collyer - who was attacked and killed by a suspected five-metre great white shark while diving off Perth last weekened and the earlier death of surfer Ben Gerring who was mauled by a great white off Mandurah and later died in hospital.

With the two deaths occurring in single week, Premier Barnett stated “there is fear in the community ... these last two fatalities brought it to our attention and ocean swimming, diving and surfing are all part of the Australian and West Australian lifestyle, that is under threat.”

Noting that the international publicity given to the shark attacks could adversely effect tourism to the state, he added “there is no doubt there is world exposure to the shark fatalities that have occurred.

“That will no doubt be happening right now.”

Premier Barnett stressed that swimmers were safe if they swam on patrolled beaches “but it’s impossible to be able to protect surfers at all surf breaks or divers out on reefs”.

He added that something had changed to increase the number of shark incidents in recent years and that the Western Australian Government was investigating all possibilities.

Possible factors include the closure of a Western Australian shark fishery in 2007, massive increases in migrating whale numbers and an unusually large salmon run currently on the west coast.

Of the 22 shark deaths in the last century in Western Australia, 12 had been since 2001.

The Western Australian Government abandoned the culling of sharks by shooting and drum lines and is now under pressure to reintroduce measures to reduce shark numbers off the coast.

While not only controversial the summer cull of 2014, which hooked more than 160 sharks on drum lines off Perth and south west beaches, was deemed a failure as no great whites were captured.

Campbell stated “the endangered species is not the great white, the species in peril is this situation is the human.”

Campbell was removed from the international advisory board of ocean conservation group Sea Shepherd more than a year ago after he spoke in favour of a Western Australia’s shark cull.