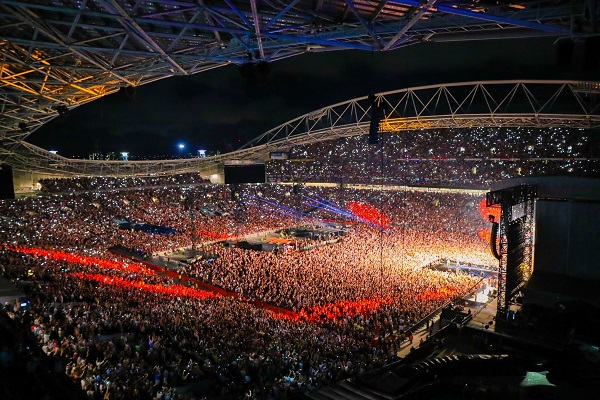 More donations are expected when the show is televised in the United States and the United Kingdom in the coming days.

The concert also raised spirits in the wake of the most devastating bushfire season in living memory. A passionate sold-out audience of 75,000 fans enjoyed 9.5-hours of entertainment from international and Australian performers who generously donated their time and talent to the concert, hosted by writer, actor and comedian Celeste Barber.

Many Australians watched the concert live on the Seven Network and on Foxtel, which partnered with TEG to broadcast the full concert right across Australia. The viewing audience is expected to grow massively in the coming days when highlights of the concert are broadcast internationally together with the call to action to donate.

TEG Chief Executive, Geoff Jones, enthused “what a day and what a night it has been. Our huge thanks are owed to the 23 artists and bands and to the many companies and people who donated their time and services to make Fire Fight Australia happen. It has been an enormous effort from the music industry to pull this concert together in five weeks and we are just so proud of what has been achieved through our collective effort.

“Thank you too to the fans, whose generosity in buying tickets, merchandise, food and drink and donating through firefightaustralia.com has helped Fire Fight Australia raise $9.5 million so far to support Australia’s short, medium and long-term recovery from the bushfires. Fans and everybody involved can rest assured that we will provide a full breakdown of the final amounts raised as soon as possible - because international broadcasts will run until mid-May, and we intend to keep accepting donations until then, it will take some time to provide final totals. We have engaged Deloitte to review our accounting and provide a post event report detailing revenues, expenses and confirmation of the final donations to the various charities. 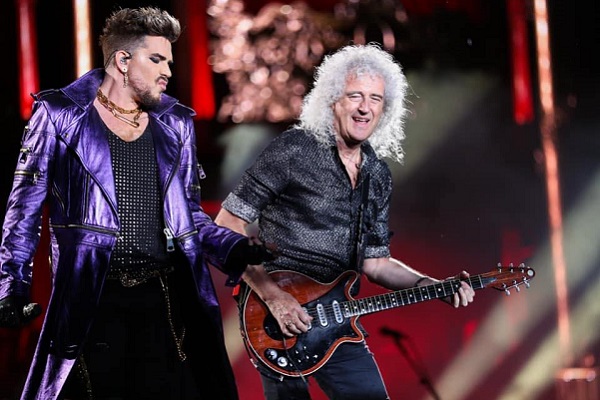 Jones added “we are extremely grateful to the over 1500 suppliers and volunteers that helped ensure we were able to achieve this amazing result by providing services at cost or free of charge. Thank you again to everyone has made this very special day possible, and a special thanks to the entire TEG Team who have worked night and day, we could not be more proud and grateful.”

TEG DAINTY President and Chief Executive, Paul Dainty went on say “we are overjoyed at the response from all of the fans here tonight at ANZ Stadium in Sydney and around the world. From the first conversation with Queen’s manager, Jim Beach, the band’s immediate response to support this amazing event was what set everything in motion.

“We want to give a special shout out to Celeste Barber for hosting this historic event, she has been one of the greatest supporters and we thank her.

“People can continue to donate and purchase the official Fire Fight Australia T-Shirt online with 100% of proceeds going to the fundraising efforts.”

The $9.5 million raised so far will go to causes and organisations, which have been carefully selected to assist Australian communities with short, medium and long-term recovery from the devastating bushfire season of 2019/20.

All donations made through firefightaustralia.com will go directly to the Foundation for Rural & Regional Renewal’s FIRE FIGHT FUND to ensure local community groups can access support throughout their recovery journey, when the time is right for them.

All donations collected at ANZ Stadium during the event will go to the RSPCA Bushfire Appeal.