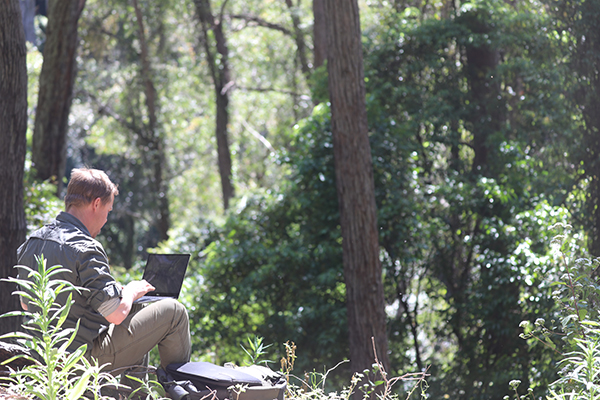 Conservation organisation Aussie Ark has launched a crowdfunding campaign to raise funds for the purchase of the Curricabark Wildlife Refuge - home to about 30 threatened Australian native animals.

Aussie Ark has been building strong and healthy insurance populations of endangered native mammals for almost 10 years and now have big plans to rewild Australia’s east coast and help bring balance back to the bush.

The Curricabark property is located near the Aussie Ark site high up in the Barrington Tops of NSW. The property has been registered as a wildlife refuge since 1974 and sits on 245 hectares of land. Curricabark Wildlife Refuge holds great importance for Aussie Ark, as well as conservationists and environmentalists.

Aussie Ark President, Tim Faulkner explains “Because of its important biodiversity and its considerable potential, this property would be a significant addition to Aussie Ark’s lands and sanctuaries.”

As the Wildlife Refuge status provides long-term legal protection of the property, the conservation organisation is asking for the public’s help to secure this gem and thus allow Aussie Ark to protect and conserve the wildlife, as well as the rainforest and open Eucalypt forest communities, calling it home.

Faulkner adds “The Aussie Ark team and I strongly believe in the importance of a safe, spacious and wild habitat so as to guarantee the ultimate environment for the endangered species under its care to thrive and reproduce.”

As of today, nearly one third of Australian unique mammals are at risk of becoming extinct. Whether it is from predation from feral pests, habitat degradation or other threats, our native animals are disappearing at an incredibly concerning rate. Sadly, most of those disappearing animal and plant species are endemic to Australia and found nowhere else on Earth.