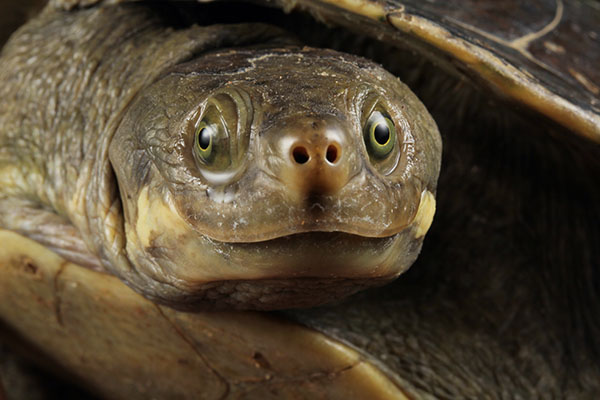 Aussie Ark has announced its partnership with WIRES, Australia’s largest animal rescue organisation, who recently granted the amount of $1,045,000 to the conservation organisation.

Aussie Ark is committed to providing long term futures for Australia’s threatened wildlife and WIRES generous support will have a considerable impact on the deliverance of Aussie Ark’s conservation efforts.

In the wake of the devastating bushfires from the end of 2019 to the beginning of 2020, Aussie Ark and WIRES were at the forefront of the crisis and have been faced with the loss of Australian native species at an unprecedented rate, in addition to the long-term environmental issues of the crisis. As billions of animals perished in the fires and their habitats suffered tremendous damages, the two organisations stood out by their proactive on-the-ground relief actions.

WIRES have a mission to rescue, rehabilitate, assist in the recovery and preserve Australian wildlife, and has been doing so for over 30 years. Its ongoing support of smaller organisations having the same mission and values makes WIRES a predominant player in the wildlife recovery community. Now looking at long-term recovery initiatives for the conservation of imperilled wildlife and habitats, the New South Wales based organisation’s partnership with Aussie Ark is a positive move.

Aussie Ark President Tim Faulkner notes “my team and I are looking forward to working closely with WIRES.

“By joining forces with WIRES, Aussie Ark will be able to increase twofold its efforts and outcomes towards the long-term recovery and conservation of native threatened fauna and their habitat.”

WIRES Chief Executive Leanne Taylor adds “the rate of decline of so many native animal species is nothing short of alarming. We are so grateful that organisations such as Aussie Ark are committed to making a difference. Their efforts in protecting Australia’s rich fauna diversity will help ensure our unique native wildlife is sustained for future generations.”

Aussie Ark has put in place an ambitious plan with the objective of delivering multiple projects within the next few years. Among others, the organisation wishes to expand the number of threatened species under its care and thereby its species breeding programs to establish robust insurance populations for eventual reintroduction into the wild.

Aussie Ark is also committed to rescue Australian native species from a foreseeable demise, in part, by means of survey, monitoring and in-situ management.

WIRES funds will be directed towards the support of species recovery and habitat programs. Species such as the Koala, Davies’ Tree frog and Broad-toothed rat will benefit from these programs in the short and long-term, as one of many aims is to maintain genetic and biological diversity in their population, as well as bolster their populations’ numbers.

Aussie Ark is grateful for the support of WIRES, and together with partners Global Wildlife Conservation, NSW Government and Glencore, they are expected to achieve great things for wildlife conservation.

For more information on Aussie Ark go to www.aussieark.org.au

For more information on WIRES go to https://www.wires.org.au/