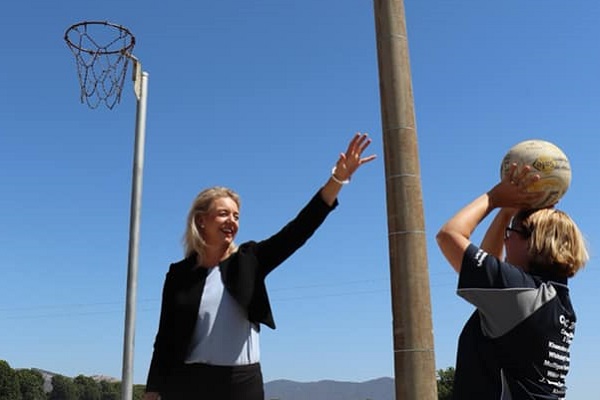 The Federal Coalition gave out $100 million in potentially illegal sports grants that favoured marginal seats prior to the last Australian election according to a report released today by the National Audit Office.

The findings from the Auditor-General has revealed that the office of National Party Deputy Leader and then Federal Sports Minister Bridget McKenzie identified targeted electorates at the May 2019 election as part of assessing grant applicants.

Finding a bias in the awarding of grants, the report - Award of Funding under the Community Sport Infrastructure Program - raises the prospect that the entire scheme was illegal, noting there did not appear to be any legal authority for Senator McKenzie to have picked recipients.

The scathing report, released by Auditor General Grant Hehir, slammed the handling of the program, finding that Senator McKenzie ignored the merit-based assessment undertaken by Sports Australia for almost half the successful projects.

The Audit Office found the successful applications were “not those that had been assessed as the most meritorious in terms of the published program guidelines”, finding Senator McKenzie’s office had run a “parallel” assessment process in deciding how to hand out the funds.

“Applications from projects located in those electorates were more successful in being awarded funding than if funding was allocated on the basis of merit assessed against the published program guidelines.”

The program was administered by Sport Australia, with the guidelines saying eligible applications would be assessed competitively against the three weighted merit criteria.

However, Hehir found that the separate process undertaken by Senator McKenzie’s office “drew upon considerations other than those identified in the program guidelines, such as the location of projects”.

The report stated that Senator McKenzie’s office “also applied considerations that were inconsistent with the published guidelines.

“It was this assessment process that predominantly informed the Minister’s funding decisions, rather than Sport Australia’s process. 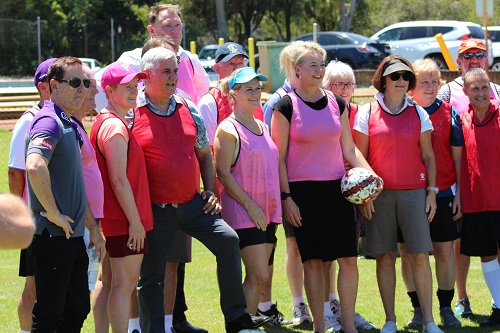 Sports Australia had ranked the projects after assessing each application for eligibility and against the three merit criteria to arrive at an overall assessment score.

The Audit Office was tasked with examining the program after Labor questioned how the Liberal candidate for Mayo, Georgina Downer, was able to present a giant taxpayer-funded $127,373 cheque to the Yankalilla Bowling Club in February 2019.

Funding totalling $100  million was awarded to 684 projects across three rounds in the months before the election, with the final round announced in April.

The Auditor-General said that had a merit based process been followed, the cut-off score would have been 74 out of a possible 100. More than 400 projects received funding that were below this score, in defiance of recommendations made by Sports Australia.

The Audit Office found that in each of the three rounds of funding, Sports Australia’s recommendations were not followed or even considered.

The Auditor-General found the design of the program was deficient in a number of areas. There was potentially no legal basis for the Minister to approve successful projects, noting “it is not evident to the ANAO what the legal authority was”, which it said was a “significant shortcoming”.

He found the guidelines were “well structured and included clear assessment criteria with transparent weightings”, even if these were ultimately ignored.

Being required to front last October’s inquiry into the allocation of the funds is believed to have been a major factor in the resignation of Sport Australia Chief Executive, Kate Palmer.

The report comes just weeks after a separate audit of the Federal Government’s $220 million regional jobs and investment packages program tabled on Melbourne Cup day found ministers knocked back almost 30% of recommended projects and supported 17% of those not recommended by officials.

The report prepared by the Australian National Audit Office: Award of Funding under the Community Sport Infrastructure Program can be viewed at www.anao.gov.au/work/performance-audit/award-funding-under-the-community-sport-infrastructure-program.