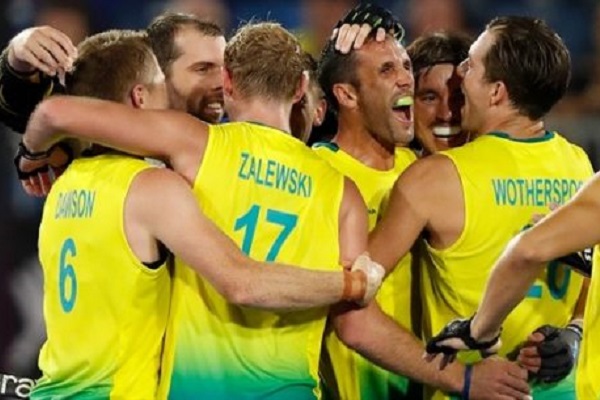 Sport Australia has advised that the nation’s high performance sports system has been further strengthened after Institutes and Academies across the country united to approve a National High Performance Sports Strategy (NHPSS).

Sign-off on the 2024 NHPSS signals the first time all States and Territories have agreed to a high performance strategy.

Commending the collective effort of Australia’s high performance sector, led by the Australian Institute of Sport (AIS) and National Institute Network (NIN), after the Strategy was approved at the Meeting of Sport and Recreation Ministers in Adelaide recently, Federal Minister for Youth and Sport, Richard Colbeck stated "the NHPSS is about delivering a unified approach to high performance sport in Australia. It was developed to support the priority of achieving sporting excellence, as part of the Morrison Government’s national Sport 2030 plan.

“Under the plan, federal funding for Australia’s high performance sports and athletes has increased to $158.9 million in 2019/20, up from $97 million when we came to office.

“With under a year to go until Tokyo 2020 and a range of major international sporting events on home soil in coming years, it’s the perfect time to lock in our national strategy for sporting success at the highest level.”

The NHPSS is a joint strategy of the National Institute Network (NIN), National Sporting Organisations (NSOs), and other system partners. It positions Australia’s high performance Institutes and Academies, athletes and coaches under a national framework, strengthening relationships with communities, academic institutions, government, industry and the private sector, and embracing the common goal of National Pride and Inspiration through International Sporting Success.

Acknowledging the efforts of the NIN, and leaders across the high performance system, AIS Chief Executive, Peter Conde noted "a tremendous amount of energy and effort has been devoted over many months to reach this point and I congratulate all of our system partners in unifying to ensure the sustainability of high performance sport in Australia.

“In particular, I’d like to pay tribute to work by Directors of the National Institute Network, along with our team at the AIS. The NHPSS is representative of the role of the AIS in leading and enabling the Australian high performance system.”

South Australian Minister for Recreation, Sport and Racing, Corey Wingard, who chaired the meeting of Sport and Recreation Ministers, also congratulated State and Territory Institutes and Academies of Sport.

"It demonstrates the value of collaboration between the governments of Australia and its States and Territories to foster a shared approach to investment, responsibility and accountability.”