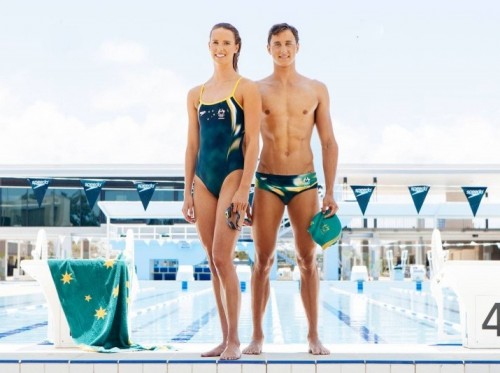 Australian Sports Commission (ASC) Chair John Wylie has explained that the sporting agency remains committed to the key principles of the Winning Edge strategy as it looks ahead to the 2018 Gold Coast Commonwealth Games and the 2020 Tokyo Olympic Games.

Holding the ASC and the Australian Institute of Sports’ first media briefing since the Rio Olympics, Wylie defended the widely criticised high performance strategy in the wake of the Australia Olympic team having finished way below expectations at last month’s Rio Games, ending up 10th with eight golds and 29 overall medals.

Wylie explained “first and foremost, the ASC celebrates the achievements and conduct of all Australian athletes and teams who represented Australia at the Rio Olympic Games.

“Whether or not they came home with medals, they inspired us and made Australia proud, and we salute them.

“The ASC Board has met this week and has committed unanimously to the key principles of its long term improvement plan for Australian high performance sport, Australia’s Winning Edge 2012-22.

“There is no doubt we can learn and improve from the experience of the past four years and from the Rio Olympics, but the core principles of the strategy remain sound, valid and in the long-term interests of the Australian sport sector. Importantly, we think its principles and the approach are overwhelmingly backed by sports themselves.

“Australia’s Winning Edge is built on evidence-based funding decisions, high aspirations for achievement, sports taking responsibility for their own high performance programs and improved leadership and governance in sports organisations.

“It needs to be understood that these changes strengthen sports but don’t produce results overnight. 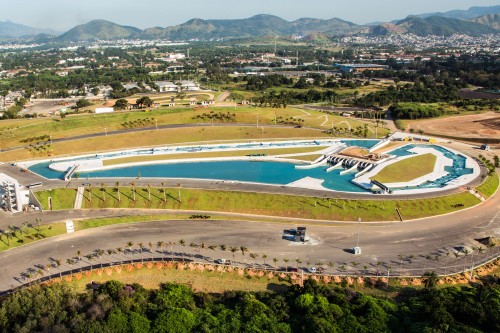 “While Australia’s medal results in Rio were less than predicted by independent forecasting services, there were positive signs for the future. A record percentage of top-eight finishes by Australians were won by athletes under the age of 24. The vast majority of Australian athletes who won medals were supported by the ASC’s dAIS athlete incentive funding program, which shows that the ASC’s talent identification programs are working effectively.

“Although it is clear Australia is being out-spent by a number of rival countries in high-performance sport, the ASC is not citing funding as the reason for not meeting aspirations in Rio. Many factors contributed to the results, and these will be analysed intensively by ASC and AIS staff in the coming weeks with a view to future improvement.”

Wylie also suggested that a new online national lottery could provide extra funding that would improve Australia’s Olympic medals performance, adding “the Australian high performance sporting system will need new and deeper sources of funding if we are to remain competitive in the highest levels of international sport.”

Australian Olympic Committee (AOC) President John Coates had been highly critical of Winning Edge during the Olympics and has withdrawn the AOC from an ASC review of the Canberra-based Australian Institute of Sport.

Coaets also criticised the ASC policy of promoting the appointment of businesspeople to Presidential roles, targeting John Bertrand in swimming and Malcolm Speed.

Wylie went on to state “the world of sport is becoming much more competitive globally. Rio has made it clear that in an environment where funding is likely to remain constrained for Australian sport, we have to work smarter and more collaboratively.

“The need to continue the work of reform has become even more compelling, even though many of these reforms are not easy to achieve and do not produce overnight success.”

The ASC Board also committed this week to a range of other reforms designed to improve Australia’s sports system, including much closer alignment between the AIS and State Institutes of Sport and the development of integrated national governance structures in our leading sports.

More commercial deals, such as the one between Swimming Australia and Optus or those which mining magnate Gina Rinehart has signed with several Olympic sports, would be welcomed. 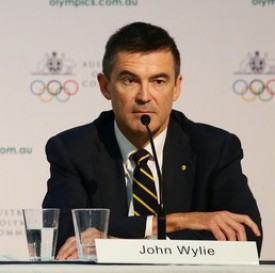 He concluded “we at the Australian Sports Commission are not going to hold up the lack of funding as the real reason or even a major reason for outcomes in Rio.

“It’s far from clear that more money would have meant more medals in this campaign.

“Like all commonwealth agencies we need to make efficiencies in these times post the commodities boom and ensure we can demonstrate value for money for commonwealth expenditure.

“(But) in the long term there is little doubt the world of sport is becoming more competitive globally and Australia can’t expect to enjoy the sporting success of yesteryear with yesteryear’s funding.”

Wylie stood by the aspirational target of a top-five finish on the Olympic medals table, one which Australia has only achieved four times, including the home Games of 1956 and 2000.

Earlier this week, ASC Chief Executive Simon Hollingsworth announced his resignation to take up a policy role with the Victorian Government.