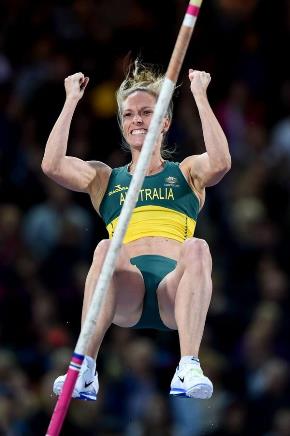 An independent review commissioned by Athletics Australia has blamed a lack of leadership for its troubled campaign at this year's Commonwealth Games in Glasgow.

Australia's track-and-field performance was marred by a falling out between head coach Eric Hollingsworth and athlete Sally Pearson, which led to Hollingsworth's suspension and later resignation.

Released today (8th December) the review of the campaign and found there were governance problems at various levels of the organisation.

Review Chair Chris Wardlaw said The Glasgow 2014 Campaign Review was put together after consultation with "a wide range of track and field stakeholders".

He stated "I am sure that the Athletics Australia Board of Directors will consider the recommendations of the report and utilise our findings in developing a framework for structures and processes moving forward."

"It has been a far-reaching undertaking that is greatly appreciated by myself, other directors and the wider athletics community.

"The Board of Directors will make it a short-term priority to improve engagement and communication between us at Athletics Australia and our many important stakeholders, including athletes and coaches.

"Any findings and recommendations that are longer term in nature, however, will need to be considered alongside those still to be published in the Buchanan Review, as is appropriate.

"Together the combined recommendations of both reports will provide an important foundation and blueprint for strong decision making on the direction and focus of Athletics Australia for the foreseeable future."

The Buchanan Review is expected to be released early next year.